A man who was described as ugly and nasty by a National Party MP on social media says he expects the message was intended for someone else. 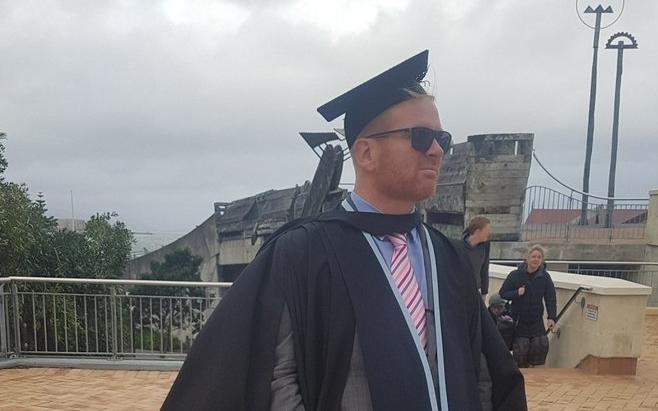 Jo Hayes, a list MP based in Christchurch, last night commented on a tweet Jeremy Greenbrook-Held posted after he graduated with a Massey University diploma in June, and said he was a nasty person.

She said in the tweet, "I hope that people checking you out for future work will visit your twitter page and see how ugly you really are."

Jeremy Greenbrook-Held said he has never interacted with Ms Hayes and does not know why the MP commented on his tweet. 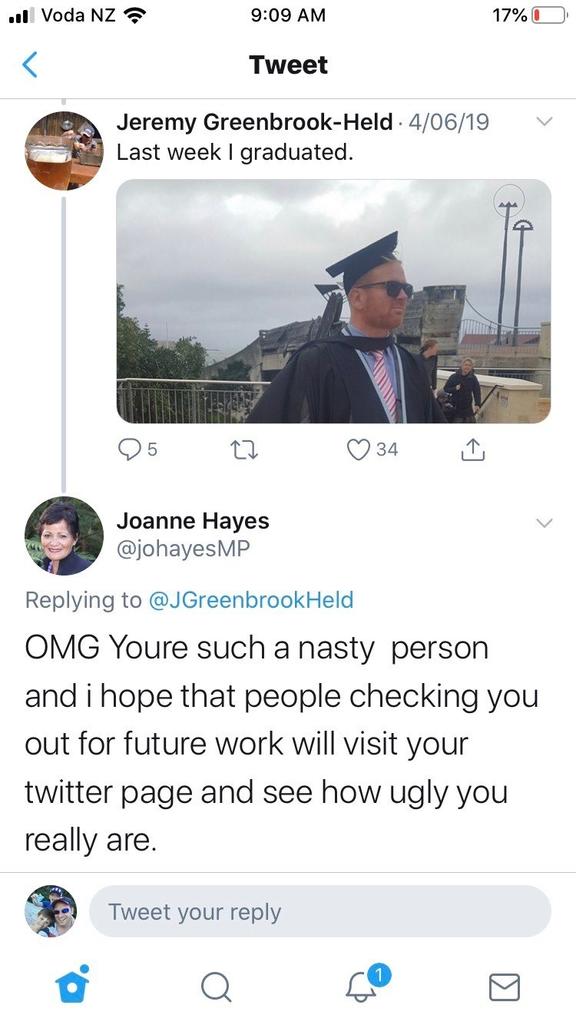 "I'm not sure what she thought she was responding to but it's interesting that a National MP thinks that they can say that to somebody to be honest."

"It's a bit worrying that she thinks she can tweet that sort of thing.

"If I was a member of Parliament, I'd steer well away from social media ... I think it's sort of a mine field, I don't think you're ever going to win in that."

Mr Greenbrook-Held, who ran for the Helensville electorate on a Labour Party ticket in 2011, said he now works as a public servant, so he took a threat to his employment prospects by an MP very seriously.

"I'm thinking of deleting my Twitter this afternoon because I don't want to have to go through all of that again. It's been an interesting sort of experience, that's for sure."

Mr Greenbrook-Held said he was "deeply sorry" if he had ever offended the list MP but he didn't think his graduation should offend her.

Joanne Hayes has not responded to RNZ's repeated requests for comment.