Christchurch families who lost a 12-year-old boy and his uncle in a crash have given tearful statements in court about the trauma they have suffered as a result. 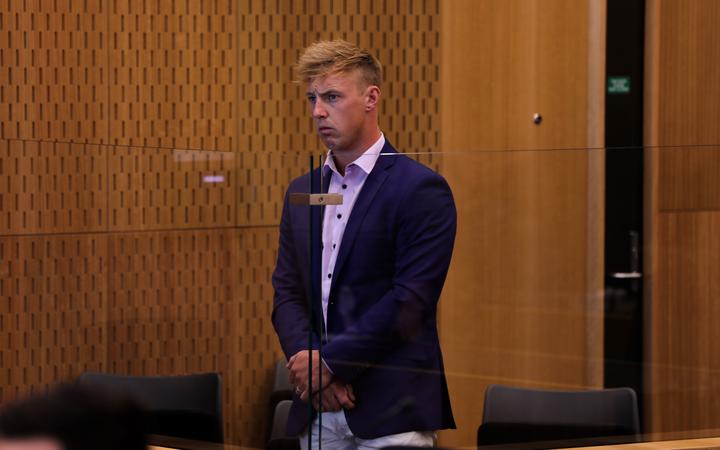 Ezekiel Tenielu-Loua and his uncle Fulumoa Daly were killed when Casey Winter drove his truck through a red light at an intersection on Yaldhurst and Russley roads on 5 April, 2019. Three other passengers in the car were also injured in the crash.

Emotions ran high in the Christchurch District Court yesterday afternoon, as Winter was sentenced to four months' community detention, 200 hours' community work, a year and a half driving disqualification and ordered to pay $20,000 to the families for emotional harm.

The sentencing began with two pastors who said prayers in Samoan and English, followed by 10 victim impact reports.

Ms Daly recalled what happened before and after the crash that killed her husband and nephew.

"From the very moment I realised the truck was not going to stop, the truck's fluorescent headlights shining into my eyes, the impact of the truck ploughing into our vehicle to the moment I regained a slight bit of conciousness, I placed my hand on my dear husband's hand [only] for it to be frozen cold in an instant."

She spoke of her grief over losing her husband who was her best friend, and wept as she talked about their four-year-old son questioning where his Dad had gone.

Ezekiel's father, known as Junior, fought back tears as he told the court that his son's dream of becoming a famous rugby player could now never happen.

He told Winter he wished he could have died in the accident, in place of his son.

Zachariah's father David Fuata'i told the court he quit his job to care for his injured son. He said the crash left him strained emotionally, financially and even threatened his marriage.

His wife also gave a tearful statement and said to Winter, "I forgive you because He [God] first forgave me."

In Winter's statement to the court, he said he was truly sorry for the pain and suffering he caused as a result of a moment of inattention.

Judge Paul Kellar told the victim's family no sentence could ever soothe their grief, and he hoped people would learn from the seriousness of this tragedy and drove carefully and safely through traffic lights.

He said Winter was a professional driver of a large fully laden truck, and the level of carelessness was moderate to high, but the truck's GPS said he was not speeding.

Outside court, the victim's family said although they hoped for a hasher penalty, it gave them some closure they desperately needed.