The jury in the trial of the former Dunedin doctor accused of murdering Amber-Rose Rush has been played the police interview with him. 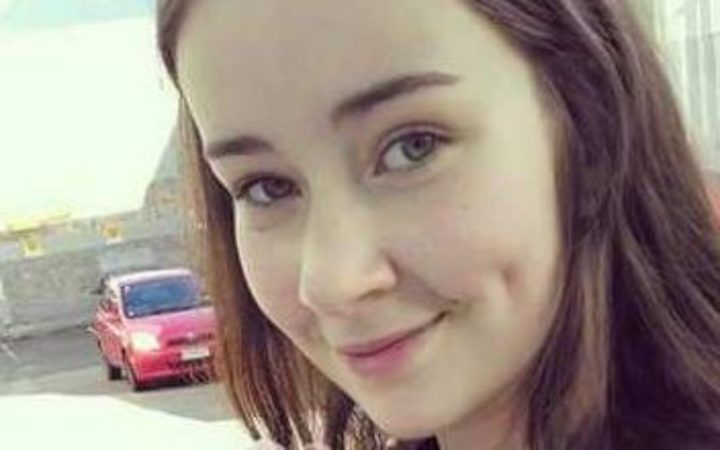 Police took the 32-year-old into custody two days after Miss Rush was stabbed to death in her bed just before midnight on 2 February.

Mr Skantha spoke to the interviewing detective, Wayne O'Connell, for about 45 minutes before being arrested in relation to Miss Rush's death.

Mr Skantha, who has watched much of trial's evidence intently, bowed his head and looked away as the video of the interview was played to the jury.

In the early stages of the interview he played down his involvement with Miss Rush.

"I never had a close relationship with her - as a friend or anything," Mr Skantha told the detective.

"I got to know her mum. Not too much more I can say about that.

"She was just a friend, I was never really close with Amber at all."

He said he heard Miss Rush had committed suicide and asked Mr O'Connell if he could tell him what her cause of death was.

He then turned back to downplaying his involvement in her life: "Barely a friendship. She's much younger than me". 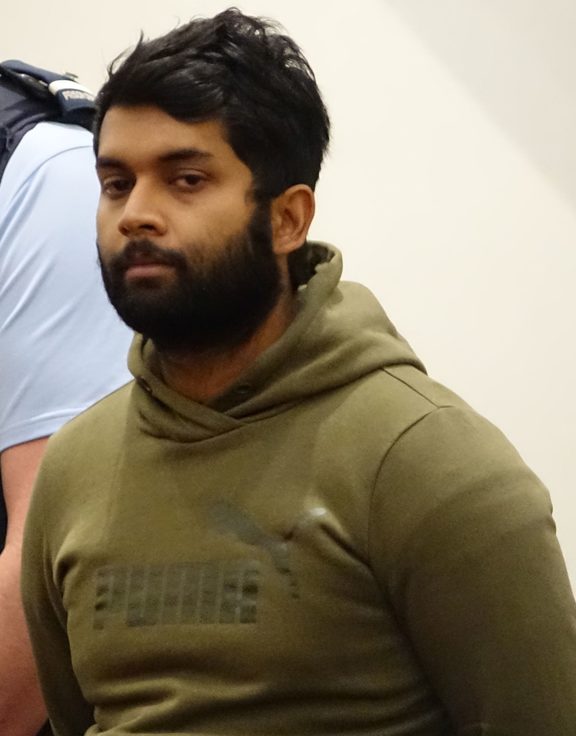 Mr Skantha acknowledged the pair fell out over Miss Rush's claims he had inappropriately touched her, telling the detective he had no recollection of any such incident and saying her allegations on social media site Instagram "doesn't bother me to be honest".

"I'm definitely not a creep," he stated.

After the pair fell out he questioned why he was spending time with a 16-year-old, saying the situation was "ridiculous".

"I shouldn't really be hanging out with kids anyway," Mr Skantha told the detective.

The detective informed him they had sought cellphone data and other evidence to trace his movements that night.

Mr Skantha then took the detective through his movements on the night of Miss Rush's death, at one point asking "does this fit in with my movements?".

He did not provide great clarity or detail, but recalled going to the beach with his teenage friend - a key prosecution witness who has name suppression.

The Crown case is that beach was Blackhead Quarry and Mr Skantha disposed of Miss Rush's cellphone while there.

"We went to the beach and after headed off. He [the key witness] just wanted to show me a nice spot," Mr Skantha said to the detective in explanation of why the pair went there.

About half an hour into the interview, Mr Skantha started questioned Mr O'Connell.

"Are you suggesting I did something? I think it's absurd," he said.

"Why would I risk my career for that [Miss Rush's allegations on Instagram]."

He asked the detective if he thought killing her in response would be an "extreme thing for someone to do".

Mr Skantha pointed the finger at his teenage friend, when the detective made it clear the doctor was under suspicion.

"He was with you," Mr O'Connell said in response to the suggestion the teenager was responsible for Miss Rush's death.

"Maybe he wasn't before," Mr Skantha replied. "Maybe he set this all up."

"Maybe if he knows that much he did it."

When the detective stated he had reason to believe Mr Skantha killed Miss Rush, he responded: "Don't say that to me".

After he was informed of his arrest, Mr Skantha asked for his former girlfriend, Brigid Clinton, who he spent the weekend following Miss Rush's death with.

Mr O'Connell told the court as he was transporting Mr Skantha to the police station for the interview he asked about the partner of Miss Rush's mother.

At a meeting with Miss Rush's mother Mr Skantha questioned whether she thought her partner could be responsible for the teenager's death.

"He wanted to know whether he was out or in custody at the moment," Mr O'Connell said, saying Mr Skantha asked on the way to the police station.

The trial at the High Court in Dunedin, before Justice Nation and a jury of 10 men and two women, continues.