Flies, spade prints, and discarded cigarette butts are among the clues a mixture of new and experienced forensic scientists and technicians are looking for as they refresh their grave recovery skills this week. 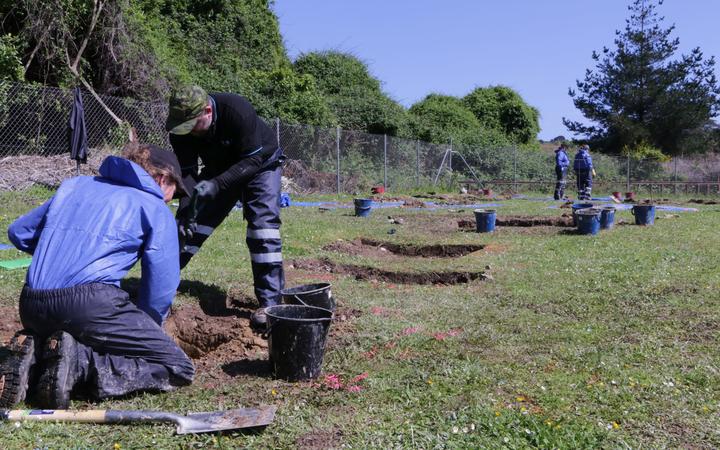 The smell of rotting meat precedes the dozen or so scientists digging up the graves of pigs, sheep, and a plastic skeleton at the Institute of Environmental Science and Research (ESR) in Porirua.

"I've been quite lucky, I've actually got a bit of a cold so I can't smell that much. You get used to it after a few minutes, it's just normal," said Laura Laurenson who was doing the course for the first time.

ESR assists the police with the scientific aspects of their investigations, and this course helps keep staff prepared for the work.

Across the back lawn, three of the four teams are carefully scraping the dirt away layer by layer, using small hand trowels, and brushes - working to a gridline.

For them, it's a slow, methodical process. 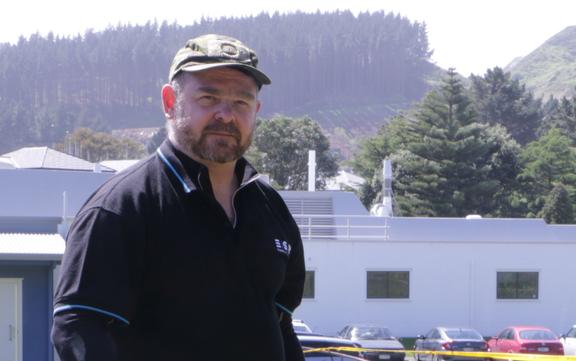 "The difficulty we have here is this area's been used for quite a few experiments, so we've got quite a few different little holes that aren't actually the one I set up," said forensic senior scientist and crime scene technical leader Rian Morgan-Smith.

"So we're having a bit of 'fun' at the moment trying to figure out which is the most important one, and my trainees don't like me very much," he said.

Mr Morgan-Smith buried two pig carcasses and a plastic skeleton six months ago for the training course - the pigs have a similar skin type and body mass to humans.

A sheep was also buried a week ago, so the scientists could compare states of decomposition.

But that plastic skeleton Mr Morgan-Smith buried has no obvious scent for the sniffer dogs, and the team was temporarily breaking with procedure, getting the shovels out before the rain hits later today.

"I've kind of pitched in to help the team dig down a little bit further so once we do find it, I can step back and go 'this is the area you should be concentrating on' and they'll go back into the more comprehensive processes we go through with actually clearing it," he said.

Inside each gravesite, Mr Morgan-Smith had hidden clues for the teams to find as they laboured over the graves.

"You might find stuff in the hole to link you back to the vehicle or back to the house, so things like tape, cable ties," he said.

"In this case with a few of these we've put in things like cartridge cases, drinking bottles and cigarette butts. Some big things we expect them to find but there's also some smaller things that through the [forensic] process they should be able to locate," Mr Morgan-Smith said. 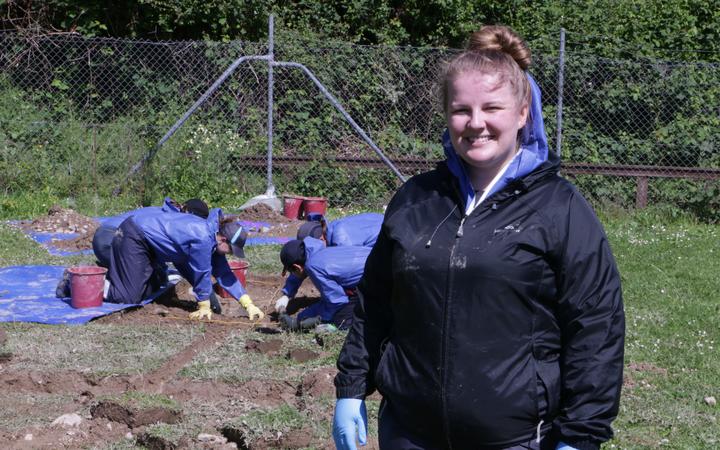 Just starting out in her career as a forensic senior technician Ms Laurenson was sifting through the dirt around the sheep carcass.

"In our grave we had a drink bottle, we had a pen, different labels, there's supposedly been a bullet casing in there however we haven't found that," she said.

"We did manage to find a shoe print mark at the bottom so we managed to dig that up."

These teams of forensic scientists focus on evidence recovery - handing what they find over to other experts at ESR, such as toxicologists or pathologists.

"We want them to start thinking about insect activity too because that's one of the main things, that if you collect samples of insects around the body that can give you evidence of how long the body's been there," he said. 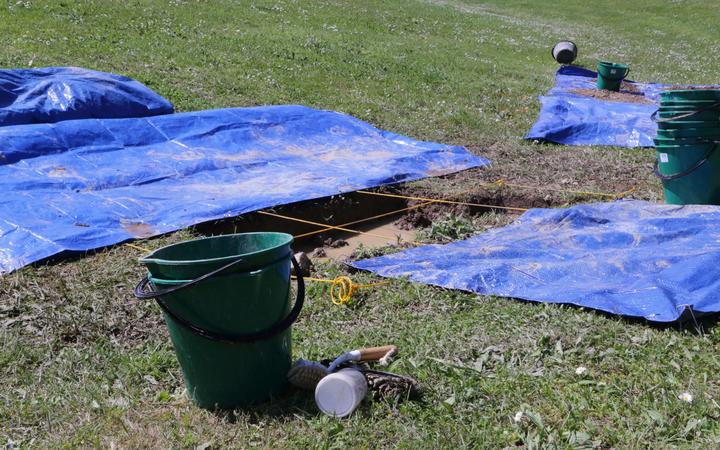 Most forensic scientists would not do many grave digs during their career, Dr Cordiner said which was why ESR ran this training course every few years.

However, Mr Morgan-Smith admitted it was quite different to the real thing.

"If it was a real-life investigation, I'd expect this to take five days and we'd have five times the staff so there's really no rush in a real investigation," he said.

Nonetheless, it prepared the new recruits for the mental and physical toll of the task, and to warn their olfactory system, he said.