Women working in transport industries are taking medication to dehydrate themselves because they can't access a toilet at work, according to the Rail & Maritime Transport Union (RMTU). 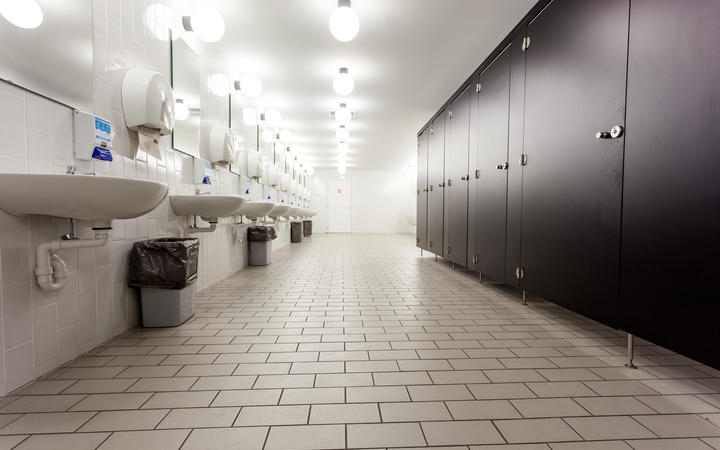 At a recent forum for female union members, workers shared horror stories about the facilities available to them in the historically male-dominated industries, particularly rail.

Male urinals can be found in women's bathrooms, and in some workplaces there is no female bathroom at all.

A KiwiRail worker said staff in the field would regularly relieve themselves behind a tree or bush due to a lack of toilet facilities.

KiwiRail rail operator Rebecca Hauck said they sometimes had to spend full days on slow-moving trains to maintain the tracks, and staff would often improvise a toilet rather than using the difficult-to-access single portaloo at the far end of the locomotive.

"We have work trains and they have been putting a porta-potty on them later but it's all the way at the opposite end of the train, so it's quite difficult to get to," she said.

"Normally you're out in the middle of nowhere and usually you just go and find a tree or a bush," she said.

Ms Hauck said she watched what she ate before starting a shift, avoided coffee and rationed water in order to limit her bathroom visits.

"I do have a colleague - she's a train driver - and she's actually taken pills to dehydrate herself. And she'll stop drinking the night before she goes on a shift because she knows there won't be any toilets available."

Ms Hauck said KiwiRail certainly was making efforts to improve things but there was still a long way to go, particularly with many more women choosing careers in the industry.

In one South Island railway workplace, two women discovered that they were expected to share the men's toilet and shower facilities.

When the RMTU complained on the women's behalf, the initial response was to offer only a "sanitary bin" for female staff.

Union health and safety organiser Karen Fletcher said it was not acceptable for employers to expect women to use men's toilets - or for anyone working in the field to have to go behind a bush.

Ms Fletcher said if employers were serious about encouraging more women to work in blue collar industries, they needed to make women welcome by providing adequate toilet and wash facilities.

"Expecting people to just pop a squat in the bushes while they're working on a railway track is not okay. It's time to do something about it," she said.

RMTU national secretary Wayne Butson said women have been holding on far too long in their wait for safe and secure bathroom access.

"We should all be able to take for granted our right to go to the toilet when we need to. Unfortunately, too many employers do not provide suitable bathroom facilities for their staff," he said.

KiwiRail chief operating officer Todd Moyle said KiwiRail was midway through a toilet upgrade programme that will cover all its sites.

"The makeup of our workforce is changing with increasing numbers of women employed in all areas, including operational areas traditionally dominated by men, and we are working to make sure that we provide facilities for a diverse workforce.

"In the last 12 months KiwiRail has completed facilities for women at 10 sites, and in the next few months we expect to complete new facilities at six more.

"We are also working to provide options for travelling staff and for isolated sites not accessible by road. "

Today is World Toilet Day and the RMTU has teamed up with the International Transport Workers' Federation to launch a charter which provides guidance on what action should be taken by employers and governments to ensure access for toilets for transport workers.

"Access to toilets is particularly challenging for transport workers who are on the move. Across the world there are stories of awful sanitation conditions putting transport workers lives at risk," a joint statement said.

"This is a particular issue for women transport workers, but improved toilet provisions is a benefit for all."