Forest & Bird are calling for better protection of an endangered native bat in Hamilton. 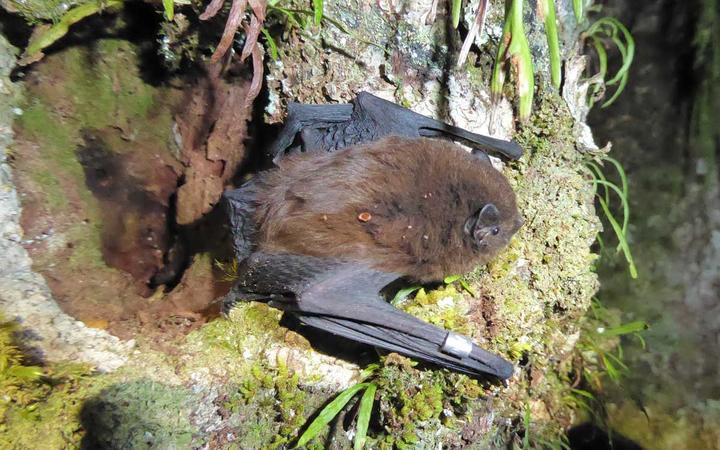 The long-tailed bat population in Hamilton is under threat. Photo: Department of Conservation

The long-tailed bat weighs in at only about 10 grammes and can fly at 60km/h and have huge home ranges of up to 100km.

Hamilton is one of the only cities in New Zealand where long-tailed bats survive, but they are under threat in the city as urban development encroaches on their habitat.

They also needed natural spaces, such as deep gullies and waterways, where insects they eat can flourish.

"They will share habitat with us, they still require some habitat like cavities in trees to roost in and raise their babies in as well."

Forest & Bird said the dark-loving creatures also needed areas without too much artificial light and without high noise levels, because they navigated using echolocation.

Dr Stirnemann said areas where the bats used to roost were not there any more because the trees had gone and one area had been turned into a carpark.

"In Hamilton we are losing those key trees which are the roost of the long-tailed bat."

"The population has been squeezed out from half of the city through urbanisation and poor urban planning because we haven't left any corridors for it to move through."

She said it was impossible to tell just how many bats were in the city.

"The one thing we (expert group) all agreed on was that they are not doing very well because they are not moving through half of the city and we are all worried because there has been so much development occurring."

Dr Stirnemann said Hamilton would lose the bats if it did not carefully plan for them and did not ensure the last trees allowing them to move through the area and roost remained.

Other threats to the small bat include predators such as cats, stoats and rats.

New Zealand has two native bats, the short-tailed and the long-tailed. They are the country's only native land-based mammals.