Two men described as leaders of a drug syndicate smuggling methamphetamine from California have been given lengthy prison terms. 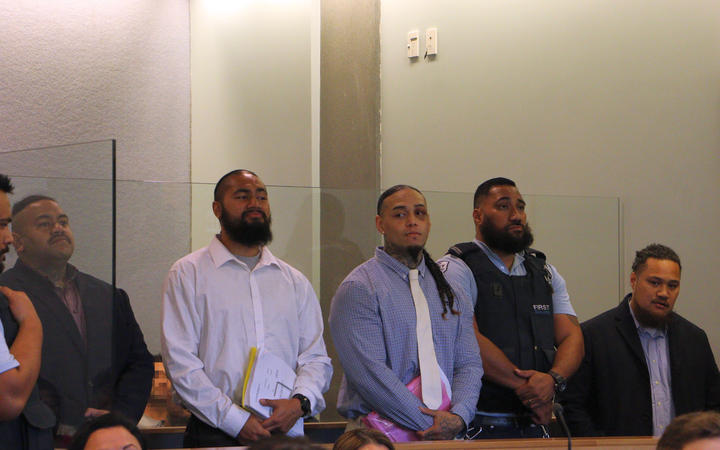 In the High Court in Auckland this morning, Tevita Sitanilei Kulu was sentenced to 18 years imprisonment and Tevita Matangi Fangupo to 17 years.

The pair sneaked meth in from California over a period of seven months, between June 2017 and January 2018.

Both were found guilty of numerous charges of importing meth, as well as conspiring and attempting to import the drug.

They pleaded guilty for firearm offences.

Justice Downs said that all the offending was reasonably sophisticated and had a pattern.

"All of the methamphetamine came here by post. All came to Auckland. Each package had a similar consignment note. Each package declared clothing, most with reference to the Nike label. Most packages desribed their contents as a gift [and] most contained Nike footwear," he said.

Justice Downs told both men they were motivated by profit.

"Mr Kulu, you had $215,000 in your apartment when you were arrested, photographs on your phone show bundles and bundles of cash," he said.

"In one conversation you said you had never dreamt you would count so much."

Justice Downs said while Mr Fangupo was not found with large amounts of cash, there was evidence he hoped to make millions.

"You made a note saying you hoped to make $12.9 m in a single year, the note contains calculations on how you would do so, essentially by importing kilogram after kilogram of methamphetamine to New Zealand," he said.

Justice Mathew Downs said both men would have to serve half of their sentence before being eligible for parole.

Two others who were lesser involved in the drug syndicate were also handed prison sentences today.

The public gallery was packed with friends of family supporting the four men.