A five-year-old autistic boy grew up in a household known to police for drug crimes and violence, and turned up to hospital at least twice with injuries before his death in Christchurch in 2015. 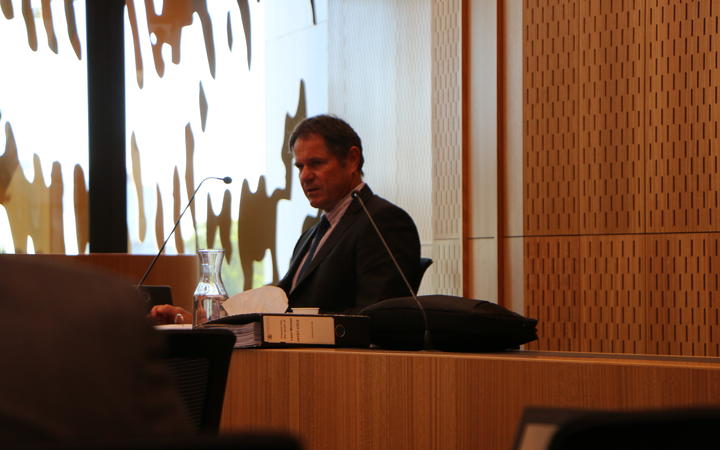 Those facts came to light during an unusual court scenario that saw police and the District Health Board cross-examined for hours about what they possibly could have done to prevent Leon Jayet Cole's death from a blow to the head.

Leon's stepfather James Roberts was charged with murder but died before his trial in 2016, prompting the coronial inquest which began looking at the cause of death last year.

Part two, beginning on Monday afternoon, has probed into Leon's stepfather's violent past.

For four hours over two days, Detective Sergeant Chris Power sat in the witness stand discussing police reports filed in the three years prior to Leon's death, mentioning Mr Roberts and other children living in the household.

They detailed drug use, disputes with neighbours, children left alone, concerns raised by the children's' school, four incidents where Leon was injured and five where another child in the household was injured.

Mr Power admitted James Roberts' pattern of violence and the opportunities for police to intervene, only became apparent after Leon's death when the murder charge was laid.

And he agreed the police investigation into violent incidents of Mr Roberts were "insufficient".

Two autistic children of the Lambeth Crescent household came to hospital nine times with injuries ranging from concussion, to grazes and a lacerated tongue, and on some occasions Leon's mother Emere Jayet was seen yelling at them.

For every injury Mr Power, and the DHB said there was an explanation offered up by Mr Roberts and Leon's mother.

Dr Claire Doocey, representing Canterbury District Health Board, said it was only through "hindsight bias" she could see some injuries to the two children were likely inflicted, not accidental.

Some were investigated in conjunction with Oranga Tamariki but it never led to a formal intervention.

"I don't think I'd agree that.. looking back you could say they were all inflicted, or very concerning," she said.

"We see children here that have accidental injuries mixed in with inflicted injuries. And here we have the complicating factor of two young children who because of their disability, didn't understand consequences and potentially put themselves in a position where they were harmed."

An eight-hour course is currently offered, but not all doctors attend.

"I think the training to this point hasn't been delivered in a way that's enabled that skill development."

The coronial inquest continues this morning, with Leon's mother, father and Oranga Tamariki yet to be called to the witness stand.