An animal welfare group is protesting in central Auckland against horse racing today as the Melbourne Cup race kicked off this afternoon. 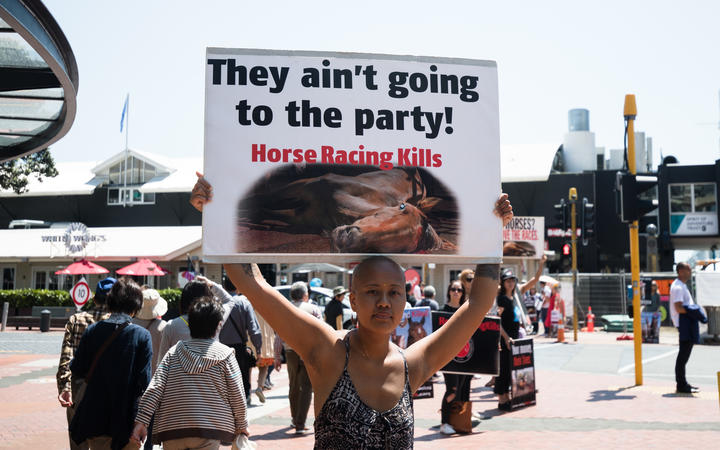 Members of the Coalition for the Protection of Racehorses are holding placards and video footage in Auckland city centre to protest against the event.

Spokesperson Aya Oba says the Melbourne Cup is an example of how the racing industry hides the cruelty of the sport.

"Many numbers of horses are dying, not only on the racing tracks, but also in the breeding process - the ones didn't make a cut to be a race horse. We want people to think about what's actually happening," she said.

"We have already recorded the deaths of 12 horses from haemorrhages, heart attacks and fractures related to horse racing so far this year. All of these deaths are a direct consequence of the demand for gambling and entertainment." 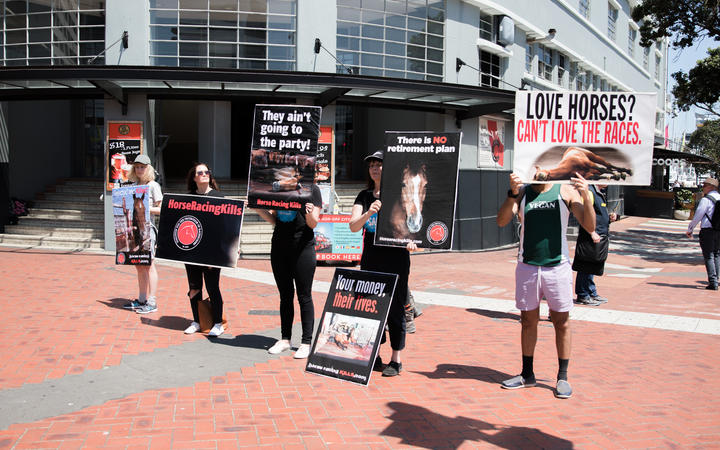 However, Auckland man Geoff Hoey, who placed a $20 bet on the Cup, said he's not touched by the protesters' message.

"I don't think that horse-racing is that cruel because at least if an animal does get hurt, it gets very well-treated very quickly. I'm an animal-lover myself and I don't like animals being treated cruelly," he said.

Another man, who didn't want to be named and was walking to a pub to watch the game, agreed with Mr Hoey.

"Everyone is entitled to their own opinions. I don't mind that they're protesting. There probably is harming the animals in some ways because there are nasty people attached to the industry, but there is also good people."