A group of teenage mums have partnered with the New Zealand Opera to pen personal lullabies for their babies.

It's part of the international lullaby project that was launched by New York's Carnegie Hall in 2011.

Each week, for five weeks, staff from the New Zealand Opera drove to Mount Eden Teen Parent Unit to help the girls to create their tune.

One young mum, Portia, used her lullaby to remind her daughter that she was strong, brave and confident.

Portia was just 14 when she found out she was pregnant, and while it was nerve-wracking it was incredibly rewarding.

"It's like a learn-on-the-job kind of thing and it's good seeing her grow everyday ... and just teaching her to be a person who is confident within herself."

Some of the mums wrote about the first time they saw their little ones, others wrote about cheeky smiles and sparkling eyes. 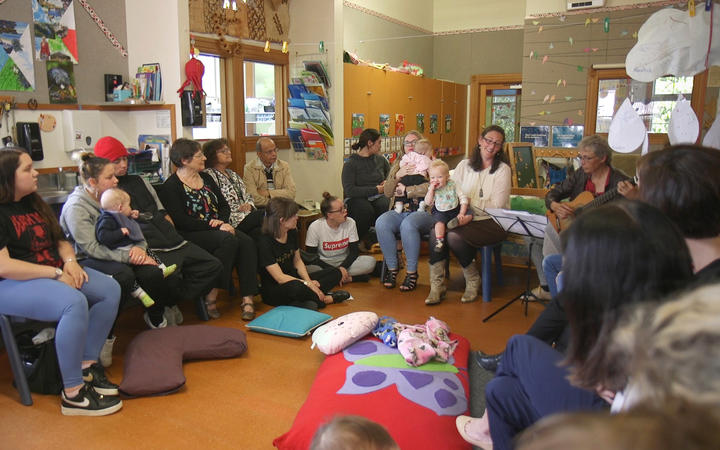 For Annaleah, it was a daunting process at first.

"It was honestly amazing, I didn't realise that I was capable of writing something like that, it was so easy believe it or not."

Opera singer Sarah Court helped the girls write their songs and said it could actually strengthen the relationship between a mother and her child.

She said lullabies helped to build babies brains, just like talking with their parents did.

"For us being able to give this gift to these mamas, what we are helping them to do is really strengthen that one-on-one ... that is so supportive of the brain stem." 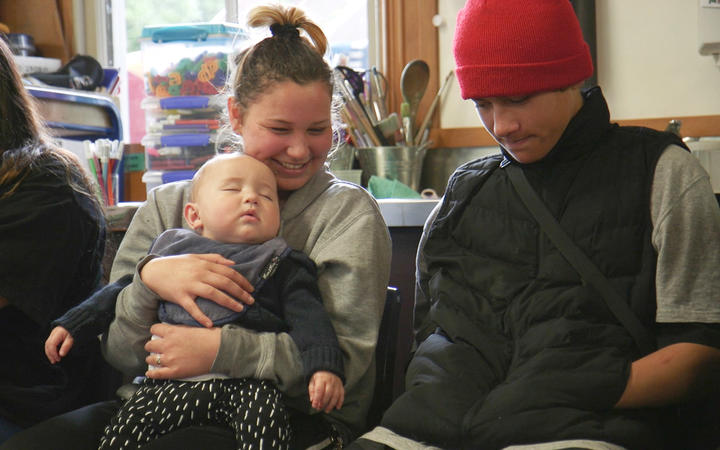 Elijah having a nap after his lullaby was sung to him by the group. Photo: RNZ / Cole Eastham-Farrelly