The government will chip in with $12 million from the Provincial Growth Fund to help build a 1300-seat theatre in Waikato, Prime Minister Jacinda Ardern has announced. 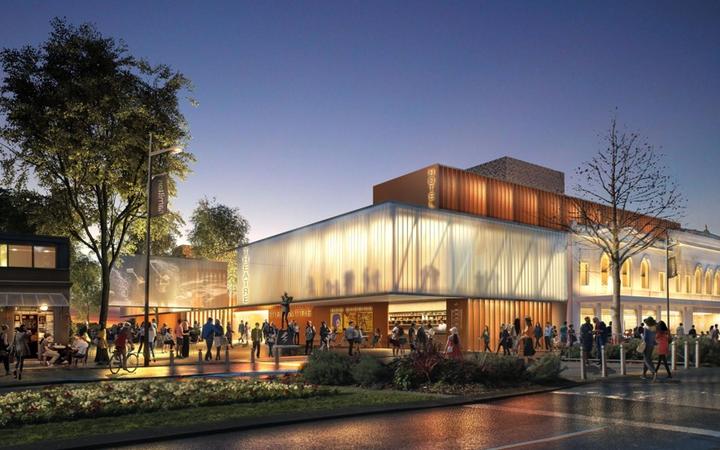 The new theatre will be built overlooking the Waikato River. Photo: Supplied

The new $74m theatre would be built on the site behind the former Hamilton Hotel on Victoria Street, overlooking the Waikato River.

It would feature a large stage, orchestra pit, and public foyer. It would also be a new base for Wintec's performing arts degree.

The investment would also trigger the start of a $32m private hotel project.

Ms Ardern said the theatre and hotel development would create 300 jobs and boost tourism in the region.

"With a shortage of visitor accommodation, the new hotel means people can stay longer in the Waikato to take in the Hamilton Gardens, Zoo, Waitomo Caves, Hobbiton, and Waiwhakareke National Heritage Park," she said.

Waikato has been without a performing arts venue since 2016, when the Founders Theatre closed its doors.

Momentum Waikato Community Foundation, the group behind the Waikato Regional Theatre, said the fund had brought them closer to its fundraising goal.

It has taken the total raised to date to $69m, which will allow construction preparations and the final fundraising push to get underway.

Foundation chairperson Leonard Gardner said the theatre would be "an impressive state-of-the-art, world-class performance venue, the pride of Hamilton and the Waikato".

"We will all be able to see fantastic international entertainment here on our doorstep, and our best performers will have the springboard they need to launch themselves out into the world," he said. 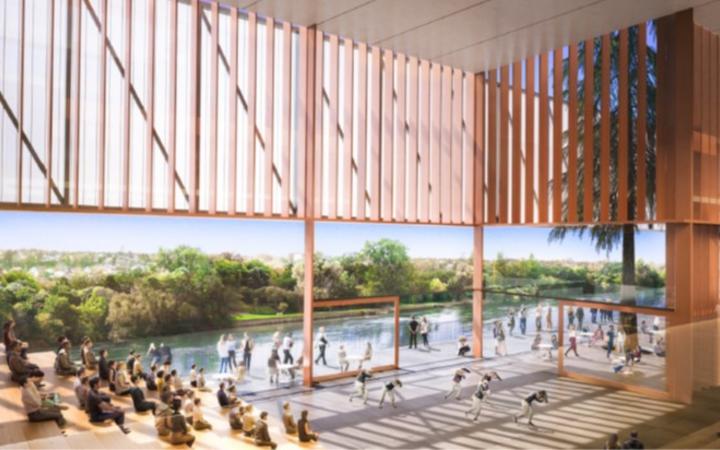 An artist's impression of the inside of the new theatre. Photo: Supplied

Mr Gardner said when the resource consent conditions were met and the final costings of construction and materials were sorted, they would start building.

Mr Gardner thanked those who have helped support the theatre project.

The construction of the theatre is expected to begin early next year and is due to open in April 2022.