A big yellow digger has been stuck in mud for four days on a popular North Shore beach, interrupting views to the Harbour Bridge. 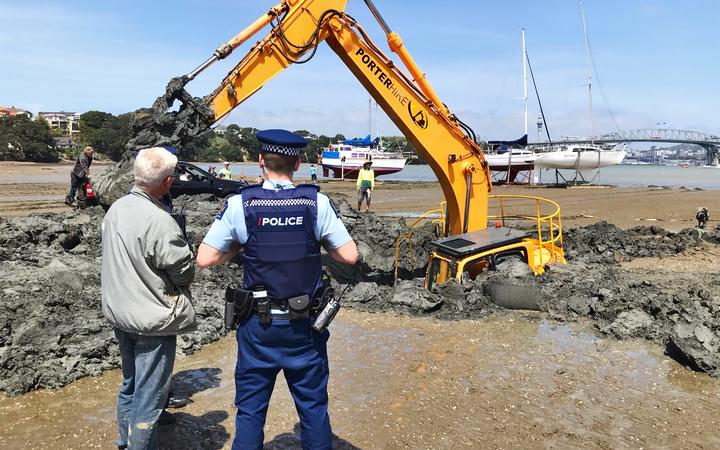 The digger has been stuck in the mud for four days. Photo: RNZ / Jessie Chiang

Auckland Transport said the Harbourmaster is working with the Little Shoal Bay Boating Club to ensure they recover the digger.

It said only small amounts of fuel and oil are leaching out of the digger, which becomes submerged up to its arm at high tide. 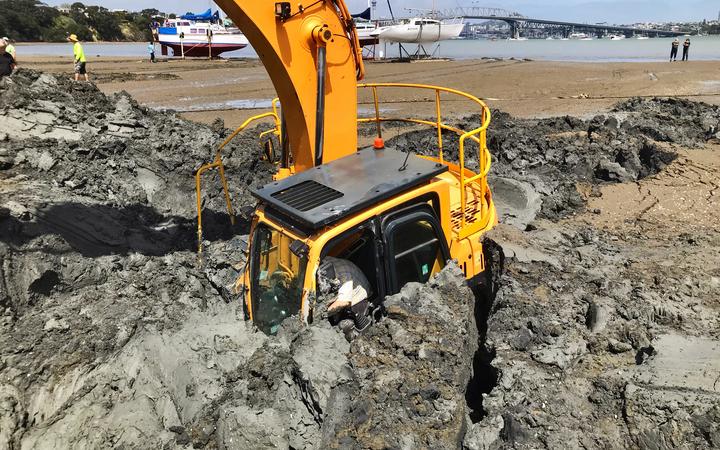 The digger becomes submerged up to its arm at high tide. Photo: RNZ / Jessie Chiang

The agency said the owners of the hired excavator and their insurers are responsible for removing the excavator.

It could not confirm if the club is bringing in a bigger digger with ropes and a chain.

The digger can be seen from the Harbour Bridge.