More than one in five homes are damp some or all of the time, and it's more common for people in rental properties report damp or mould, according to Stats NZ. 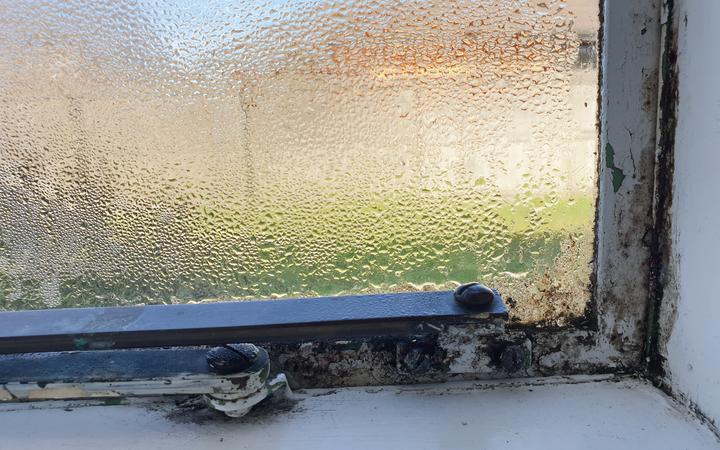 Condensation and mould on a window frame. Stats NZ says occupants of more than 44,000 homes said their houses were damp all the time. Photo: RNZ / Eleisha Foon

The 2018 Census results showed 318,891 homes were affected by damp, more than the total number of occupied houses in the Canterbury and Otago regions combined.

This is the first time Stats NZ has collected information on dampness and mould.

It found that Northland, Auckland and Gisborne were the most common regions reporting damp homes.

In Northland, 4.5 percent of occupied private dwellings were always damp, and 23.1 percent were sometimes damp.

Dampness was defined as when a home felt or smelled damp or had damp patches on the wall, ceiling, floor, or window frames.

The homes of renters were about seven times more likely to be always damp compared to those owned by the household or held in a family trust.

As with dampness, mould was more common in the homes of those who were renting. For renters, almost 10 percent were living in a home where visible mould over A4 size was always present, and nearly 20 percent living in a home where this amount of mould was sometimes present. That compares to 2.1 percent and 9.5 percent for households who owned their home or held it in a family trust. 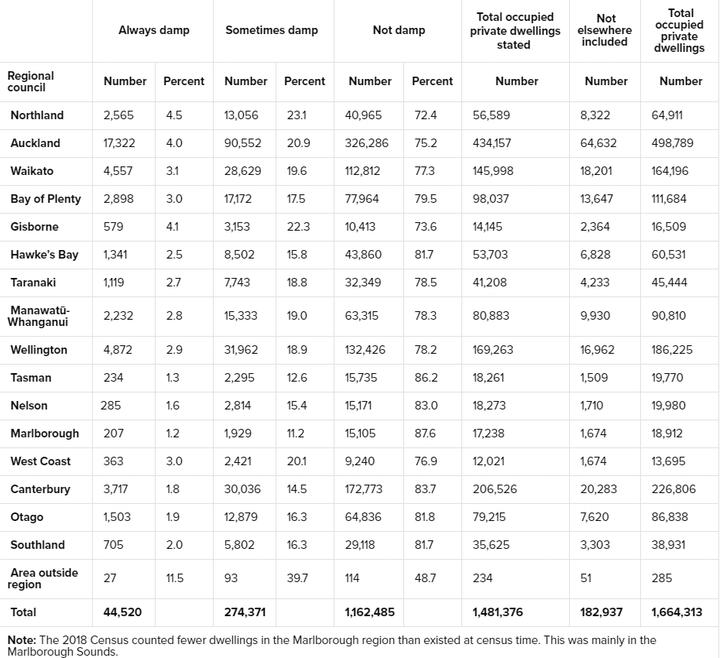