South Auckland police officers are reluctant to take injured prisoners to Middlemore Hospital as they are often turned away, an inquest has heard. 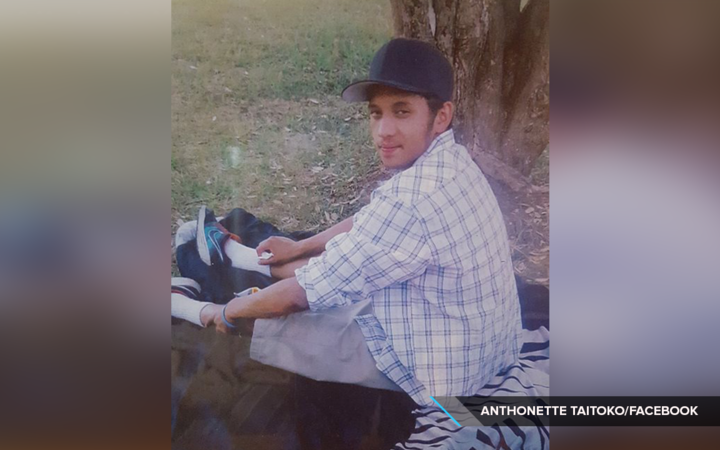 Twenty-one-year-old Sentry Taitoko was high on drugs and displaying erratic behaviour when he was placed inside a suicide prevention cell at Counties Manukau Police station in 2014. Photo: Supplied / Anthonette Taitoko

Sentry Taitoko died in a suicide watch cell at Counties Manukau Police station in February 2014, after hitting his head dozens of times on the walls and floor.

Mr Taitoko, who was high on drugs and acting aggressively, wasn't taken to Middlemore Hospital, following advice given to the police by a doctor who can't be named.

But a senior sergeant working that night today told the coronial inquest into his death Mr Taitoko should have been taken to the hospital's emergency department.

It was a busy night at the Counties Manukau Police station on 22 February 2014. There was a steady stream of incoming prisoners and Sentry Taitoko was one of them.

The 21-year-old had just spent several sleepless days consuming methamphetamine, alcohol and LSD and had been arrested for breaching the peace.

He was placed in a suicide watch cell at the station, which had no furniture and operating CCTV cameras.

Throughout the night, he hit his head repeatedly against the walls and floor of the cell.

Senior Sergeant Ian Brenchley, who was stationed at the Counties Manukau Police Station that night, told the inquest Mr Taitoko was rolling around on the cell floor, his nose bleeding and he was only wearing boxer shorts.

"The impression that I had was that he wasn't actually trying to hurt himself, it was more that he was unable to control himself."

Senior Sergeant Brenchley said he decided something needed to be done to protect Mr Taitoko, so instructed officers to place mattresses inside his cell.

"I would've like to have placed mattresses up the walls to provide further protection...but there were practical difficulties in doing this. Mattresses would need to be held up and this wasn't practical or feasible, they would have just fallen over.

"I recall that the mattresses got covered in blood fairly quickly."

The lawyer representing the coroner, Matthew Mortimer, later asked Senior Sergeant Brenchley if placing the mattresses in the cell should have indicated further action was required. But he said doing this was not out of the ordinary.

"At that point I don't think anyone of us viewed Sentry as anything other than yet another violent prisoner in a custody unit.

"I don't believe at that stage any of us quite appreciated how serious his medical condition was."

Later in the night, Senior Sergeant Brenchley was advised a doctor, who has interim name suppression, had carried out a limited assessment of Mr Taitoko, because of his extreme behavior.

Despite not being able to physically examine Mr Taitoko, Senior Sergeant Brenchley said the doctor was clear in his views.

"He said that Mr Taitoko was coming down on drugs and/or alcohol and that it was not possible for him to complete a physical examination, given his current state.

"He said that Middlemore would not be able to manage him, let alone treat him."

Senior Sergeant Brenchley said he relied on the advice from the doctor not to take Mr Taitoko to hospital and agreed with him.

"It would be quite exceptional for any police officer to go against what a doctor had suggested, but on this occasion the doctor and I were pretty much on the same page but coming from different perspectives."

But he said in hindsight, Mr Taitoko should have been taken to hospital.

"Sentry should have been in hospital and I think, with hindsight, that's accepted. The problem that we had on the night, the risks that we had, was my knowledge and my experience, which is supported by Dr [suppressed], that Middlemore would not have taken him."

Senior Sergeant Brenchley said the station's relationship with Middlemore Hospital has not changed since 2014.

He told the inquest police are reluctant to take prisoners to its emergency department for treatment as its likely they would be turned away.

"I wouldn't say it's a bad relationship, but I would say its flat at best and I would suggest that some of that relationship is because of the reception that we can sometimes feel we receive when we go there."

The five-day inquest at the Auckland District Court continues.