The pilot killed in a microlight crash in central Otago more than two years ago had let his passenger take the controls, an accident report shows. 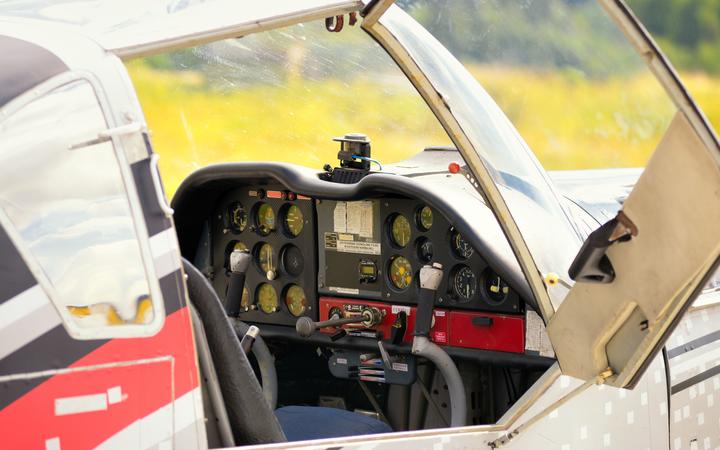 Investigators found that although the passenger was a pilot, he was not familiar with the particular microlight and its sensitive electric trim system. Photo: 123RF

The Civil Aviation Authority has released its report into the investigation of the fatal crash which happened on a private cross country flight in June 2017.

The Rans Aircraft S-19 Class 2 Microlight was part of a planned "group fly away" with seven other aircraft, from Taieri Aerodrome to Omarama Aerodrome for a group lunch on 25 June, 2017.

At about 11.30am that day, and while the aircraft was cruising at about 5200 feet, it left what was described as "controlled flight" and crashed.

The Rescue Coordination Centre notified the CAA of the missing aircraft at about 3pm that day. The aircraft wreckage was found near Hyde in Central Otago, and a rescue helicopter arrived at the site at about 4.30pm to find the pilot had not survived, and his passenger had been severely injured and was trapped in the wreckage.

Investigators found that the pilot had let the passenger fly the aircraft, and although he was himself a pilot, he was not familiar with the particular microlight and its sensitive electric trim system.

The CAA said in its summary that there were risks associated with allowing someone who was not appropriately qualified to manipulate the controls of an aircraft.

"Pilots are reminded that the only time someone else who is not appropriately qualified can take the controls of an aircraft is in the presence of a qualified flying instructor.

"Unlike the general pilot population, instructors are trained to recognise when things are going wrong, and to take the appropriate remedial action in a timely manner," the CAA report said.

The CAA also said the use of flight following (tracking) services could reduce the time spent searching for a missing aircraft, and subsequently increase the chance of survival while waiting for rescue.