With summer right around the corner, it's time to whip out the barbie and get those sausages cooking. But which banger is the best? 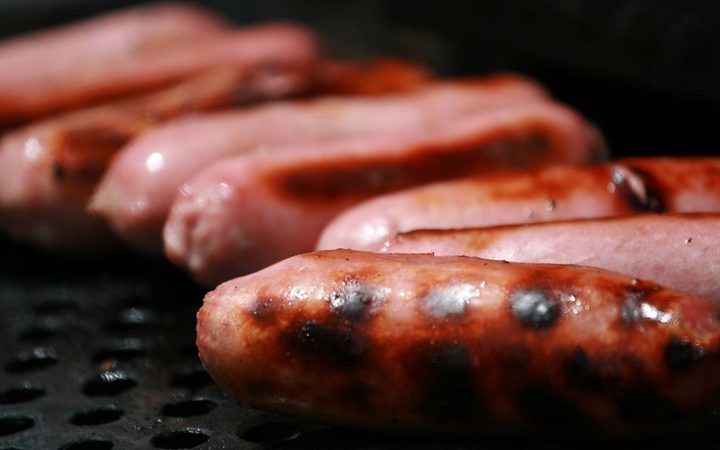 More than 500 sausages from nearly 100 stores are in the running to snag top prizes in this year's Devro Great New Zealand Sausage Competition.

One of the six judges who has been sampling entries in the 14 categories, is Trudi Nelson.

"I think a good sausage needs to smell like summer and I think it should have a beautiful skin that is ... crisp when you cut through it," she said.

"Not too fatty, a mix of flavours and an all round balance and texture - it's got to feel good in the mouth."

The winners in each category then go head to head in the coveted Supreme sausage award.

Ms Nelson said there had been a few stand out unusual combinations in the past, with cheese or fruit mixed in the meat mix.

But she was also a stickler for classics.

"As a mum of three boys, I've also got to think about the family ... so when I throw sausages on the barbie, I will have a few that are a bit out there like a chorizo or a chicken, plum and brie but I think it's important to find a really good beef one ... or pork," she said.

For fellow judge Hannah-Miller Childs, texture is a vital characteristic.

"I want it to have some good meaty texture where you can actually sense there are bits of meat in it - it's not just all soft or all hard but there's different textures going on," she said.

"[Also] having that skin being nice and crispy so that it snaps straight away when you bite into it."

On hand to cook up the sausages is Jeff Ibbotson.

"The best thing to keep in mind with a sausage is to cook it at low temperature and that'll prevent any splitting of the skin, minimal oil because there's usually enough fat in the sausage and a good decent pan," he said.

But he said there was also something about the barbie that gives it broad appeal.

"The feel of cooking a sausage on a barbeque, I think people ... can smell it, it's primitive cooking. I'm a sort of outdoor person so I would prefer to cook outside," he said.

The sausages being served up have already proved their worth - each having secured a category gold medal.

This year, options for the Supreme Award range from beef pre-cook to barbeque Asian pork belly and cashew.

All of them are about to face their toughest test yet.

Hannah-Miller Childs breaks down how they score each sausage.

"Every sausage coming in, you assume that it gets 100 points and you deduct points from there, so rather than going up, you're going down" she said.

"We speak as a group about how we're going to judge to make sure we're fair across the entire day. [So] if there's too much fat that might only lose one point but if when it's cooked and it's crumbly and dry then that would lose another point."

It's a serious business.

After all, as Trudi Nelson puts it, sausages are linked to the New Zealand national identity.

"It's really entrenched in our society because it's a feasting thing. That fresh bread, the sausage, the squirt of tomato sauce, the salad on the side of the plate and being around people is absolutely part of us. It's a bit like a pie, a pavlova and a sausage - we wouldn't be Kiwi without it," she said.

The winners will be announced in Auckland tonight.