A man has been sentenced to two and a half years imprisonment after pleading guilty to three charges of possession, distributing and making objectionable images. 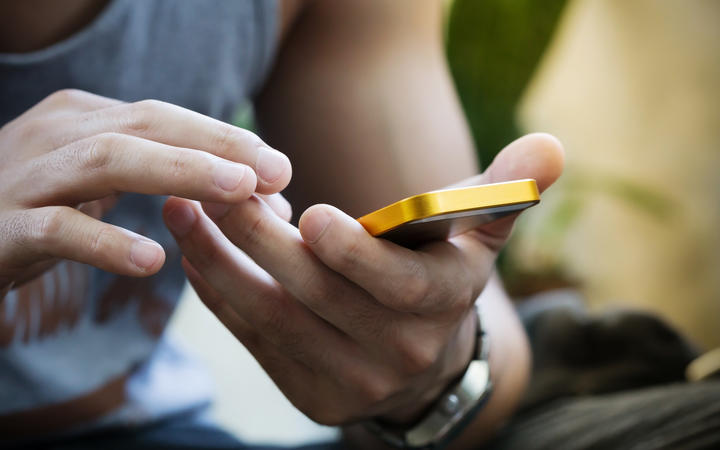 The man handed his mobile over to a phone repair shop, where the technician found deleted images of child pornography. Photo: 123rf

The 35-year-old man - whose name has been suppressed - was found to be in possession of 1550 images and videos of child pornography in September 2018. About a quarter of those images were in the most extreme category.

He was charged with possession, as well as distributing 61 images over three months from June 2018 to September.

The final charge of making images was based on two photos of the man's daughter - who was three years old at the time. However, the defence argued that the images were taken from before the period when the man was in possession of and distributing images, and that when they were taken, they were not for a sinister purpose.

Furthermore, they were stored in the gallery section of the man's mobile phone. The judge accepted the defence's argument, but said the images still showed a breach of trust, and so gave a sentence of four months.

At the Wellington District Court, the judge also gave a combined sentence of four years and two months for possession and distribution, but this was reduced as the defendant pled guilty, which provides a 25 percent reduction in sentencing.

He also said the man showed substantial remorse and regret for what he did. He said the man had showed a good understanding of the harm he caused to his family and to others. The man had also offered his help and assistance to authorities.

For these reasons, the judge reduced the sentencing by 12 months.

The man's phone was seized by the police on 18 September 2018. This was seventeen days after the man had handed his mobile over to a phone repair shop in central Wellington, where the technician doing the repairs found deleted images of child pornography, and reported them to the police.

In court, the man pled guilty to all the charges. He said he had been approached by an unnamed man around May, who had introduced him to child pornography.

After this meeting, he signed up to a chat messenger service, where objectionable images were circulated on chat groups.

The man distributed 61 pornographic images of children. On all but one occasion, it was just to one other person, but on another occasion it was to a group of 23 people.

He did not distribute the pictures of his daughter.

The final instance where he distributed an image was on 1 September, before he handed his phone over to the tech repair shop. He had his phone returned to him on the same day, but did not distribute any further images in the intervening period before the police arrived on 18 September.

In this intervening period, he deleted some, though not all, of the objectionable images.

As a result of the man being sentenced to a term of imprisonment, the man has automatically been registered on the Child Sex Offender Register.

The judge said the man has a low to nil risk of reoffending.