SkyCity casino workers have been picketing outside an Auckland hotel, where the company's boss has been talking about fair pay. 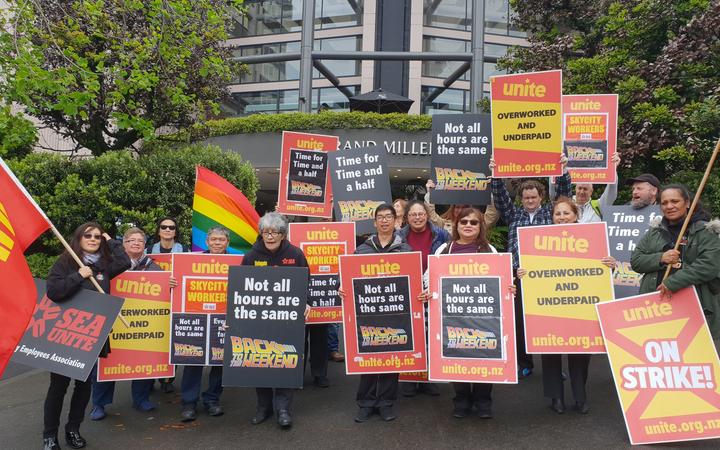 The workers have gone on strike several times during the past two months, asking to be paid time and a half for working unsociable hours, but were not able to reach an agreement with the company.

They hoped SkyCity chairman Rob Campbell, who was at a Wellbeing at Work conference talking about fair and transparent practices for pay, could talk to them and make a change.

A long-time casino dealer, who didn't want to be named, said what they got has been decreasing over the years as the cost of living got higher.

"When I started the work seven years ago, the rate of pay somehow covered all the issues of giving away the weekend time or night time, but at the moment it's not, which is why we're trying to get recognition for all the hours that go in those unsociable hours," she said.

She said she loved her job even though her social life has been affected, but would like to be paid more.

"By doing this it would be a win-win situation because we will be happier workers and well-rested. If not well-rested, at least compensated for what we give away. I think that would work for the company as well."

Joe Carolan, a convenor for the Unite Union's SkyCity division SEA-Unite, said not all hours are the same.