Seven-thousand drivers are petitioning the Transport Agency to scrap lower speed limits on State Highway 6 from Nelson to Blenheim, where 20 people have died in a decade. 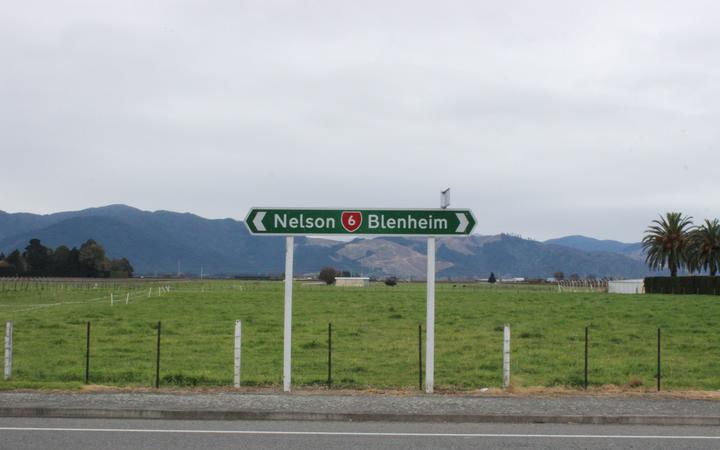 The Transport Agency calls it one of the country's highest risk stretches of highway, but those living near State Highway 6 from Nelson to Blenheim say "it's not the road, it's the drivers".

Under changes that are out for public consultation, the 100 kn/h signs are set to disappear along the winding and scenic road.

They would be replaced with 80km/h speed limits in open rural stretches of road, and 60 kilometre limits around some of the steep hills and bluffs.

NZ Transport Agency regional relationships director Jim Harlad said between 2009 and 2018, 20 people died and 92 were injured in crashes on the 114 kilometre route.

"There are parts of this State Highway where if you make a mistake, the consequences are significant because of either steep hills, bluffs, drop-offs into paddocks, poles too close to the road, or combinations of all those things," he said.

"To engineer some of those matters out is something that over time we might be able to do but in the meantime we know that, applying the various technical tools we have, the speed limit's probably too high."

However, the idea of lower speed limits has already been slammed as "terrible", "senseless" and even "insane" by more than 7000 drivers, who have singed a petition pleading for existing speed limits to stay.

It was started four days ago by Nelson woman Stephanie Drewery, who said the road is perfectly safe if people don't drive recklessly.

"I don't understand why they want to reduce speed limits that have been the same for 30, 40 years," she said.

"The roads haven't gotten any worse and the cars have got better. I just don't get it ... and there are plenty of people out there who obviously feel the same way."

The Transport Agency said it was acting on feedback from concerned locals, councils and businesses who felt existing speed limits were too high.

It said the proposed limits take into account the average speed motorists do on the road, and will add just nine minutes to the trip from Nelson to Blenheim.

But Ms Drewery said she wasn't worried about the extra time, as much as the frustrated - and potentially dangerous - behaviour that drivers might be tempted into when there's lower speed limits.

That fear is shared by Brian Muddiman from Richmond, who said there could at least be more passing lanes before the speed limits are lowered.

Two years ago Rai Valley resident Ross Shaw collected signatures for a petition to Marlborough Roads and the District Council, asking for a lower speed limit in his area to make it safer for school children.

But he said bringing down the limit on the open road is crazy - and the cost could be better spent tackling other problems.

"When you look at the fatalities most of them are drunk drivers, they are druggies, and things like that. Most people are not in the crash category," he said.

She was aiming for 10,000 signatures on her petition by the end of the week.

The Transport Agency said it will consider the petition, and alternate ideas for making State Highway 6 safer.

It's urging people to make formal submissions online, or by filling out and mailing a submission form, before public consultation closes on 12 November.