A lifestyle block, five Harley-Davidsons and a classic car have been seized by police as part of an organised crime operation in Bay of Plenty. 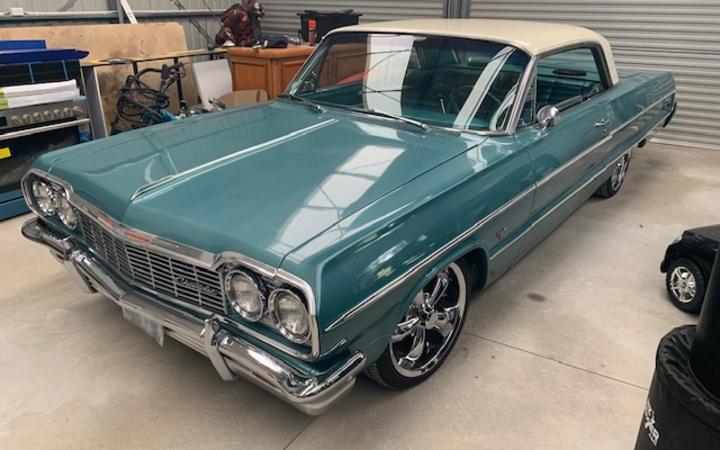 One of the car's seized during the Bay of Plenty operation. Photo: Supplied / NZ Police

On Friday, police executed a number of search warrants in the Taupō area, seizing almost $1 million worth of assets.

Police seized a 6.3 hectare lifestyle block in Wairakei, a residential section in Omori, 10 vehicles including a classic car and five Harley Davidsons, and jewellery.

Officers also arrested four people, who are facing charges relating to the supply of methamphetamine, MDMA and LSD and commercial cannabis cultivation.

Other charges include participating in an organised crime group, unlawful possession of pistols and supplying a pistol to an unauthorised person. 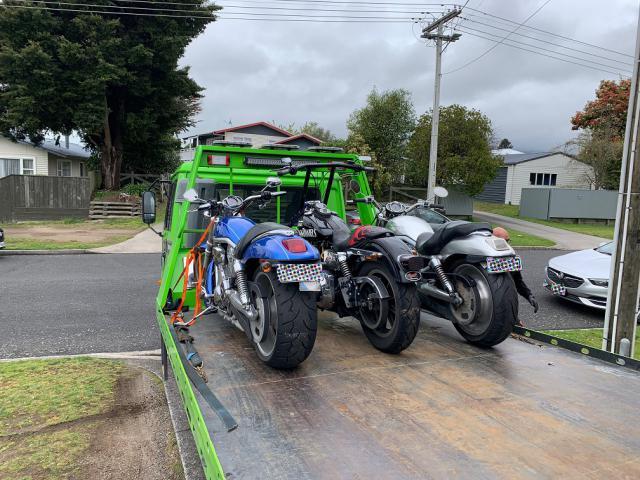 Motorcycles seized by the police during the Bay of Plenty operation. Photo: Supplied / NZ Police

Police targeted a small group of people involved in dealing large amounts of meth and other drugs throughout the central North Island.

All of those in the group were patched members of the Rebels or were associated to that gang.

"The sale of illicit drugs by these groups causes immense harm to those who can least afford it."