The trans-Tasman rivalry continued today as Aussie and NZ netball teams battled in a mighty pavlova bake off. 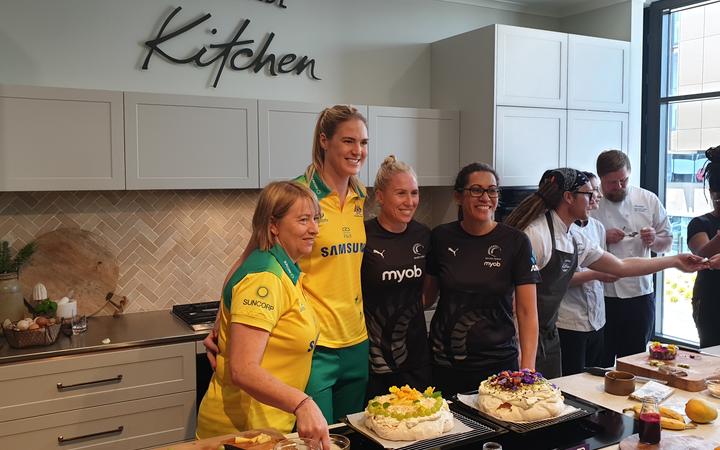 The Silver Ferns and Australian Diamonds went head to head in a competition in Christchurch at the new Riverside Market.

The debate over the ownership rights of the dessert heated up as both the team's captains and head coaches showed off their skills in the kitchen.

In what was an organised pre-match off the courts, it was the Ferns' pavlova which was voted best by the judges.

The Silver Ferns said they were pleased to have won the friendly competition thanks to their decorating skills and hoped it was a sign, pre-empting a future win this weekend.

Silver Ferns coach Noeline Taurua said: "We always love a good pav, just to be able to do something different out there is pretty cool. I'm looking forward to reaping the rewards and eating it." 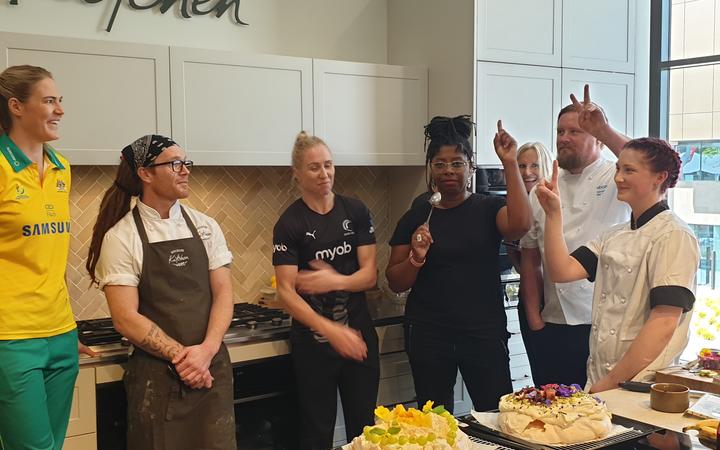 Silver Ferns captain Laura Langman said it was a lot of fun and that she was pleased to be in the South Island after a long time.

"That was a really cool experience. I think we nudged the judges in the end. But look we've got lots of other little yummies that we have in NZ, if the Aussies want the pav they can have it," she said.

Ms Langman said "Christchurch was looking absolutely spectacular and acknowledged that the city had come a long way and that there was so much to see and do.

The Silver Ferns said they were enjoying their time in Christchurch while also working hard for their match against Australia on Sunday.

Today was also the last training day for the Ferns, who said they had been basking in the success of the Netball World Cup, but were ready to take on the challenge against the Diamonds.