Fire and Emergency say the fire in a building in central Whangārei is under control. 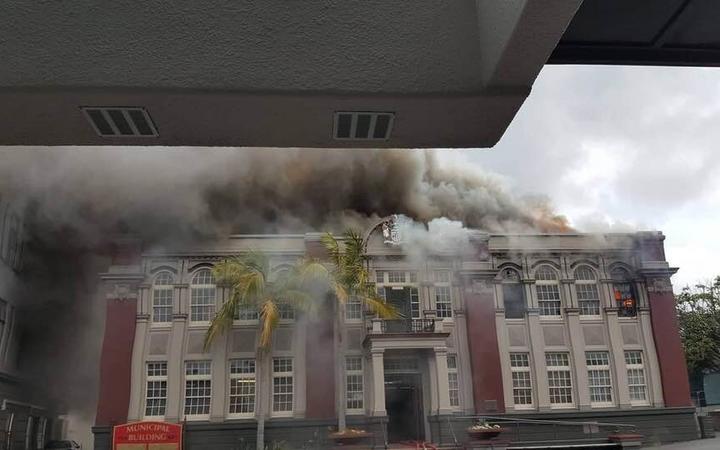 The fire at the Municipal Building on Bank Street in central Whangārei. Photo: Supplied

Fire crews were called to the Municipal Building on Bank Street just before one this afternoon.

Eight fire trucks were earlier tackling the blaze from the outside of the building.

Crews are now working inside the building.

There have been no reports of injuries.

Whangārei mayor Sheryl Mai filmed the blaze and posted the video to Facebook: