One person has been arrested after hiding from the police inside a shop and claiming to have a firearm on Auckland's North Shore. 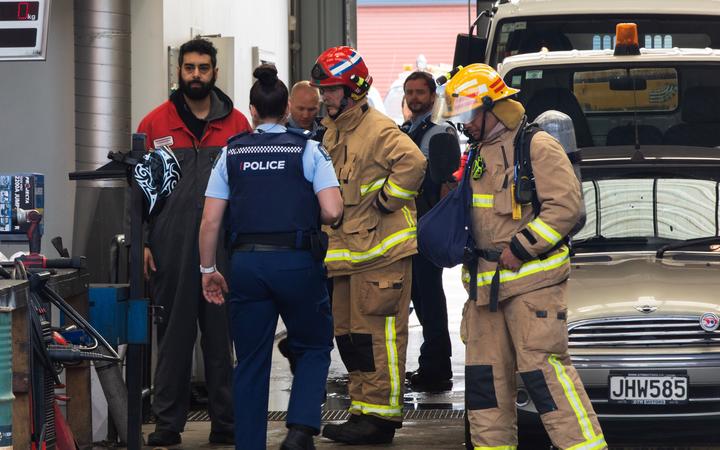 Fire and Emergency personnel and police talk to some of the workers affected by the incident. Photo: RNZ / Dan Cook

Police said the man fled on foot after failing to stop his vehicle when signalled to pull over in Glenfield this morning.

They say the man then hid inside a nearby store and claimed to have a firearm - sparking the evacuation of nearby shops.

The police earlier said the man did not have a firearm on him but after searching the shop they discovered a firearm hidden in the roof.

He later agreed to leave the store and was arrested without incident.

They believe it was placed there by the offender. 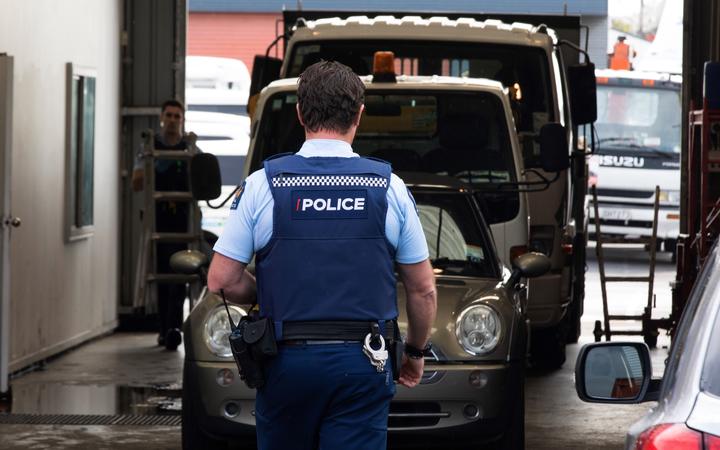 A police officer at one of the nearby businesses involved in the evacuation. Photo: RNZ / Dan Cook

He was arrested without incident and is expected to face a number of charges.