The colour of Carterton's central clock tower is dividing residents as the town votes on options to repaint the landmark. 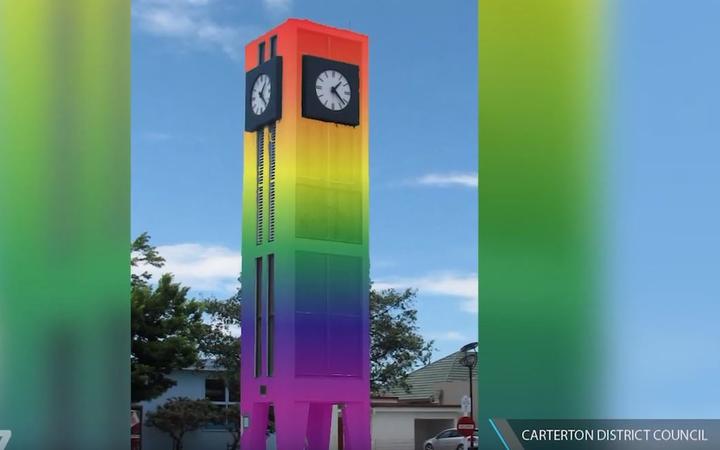 The tower - dubbed Carterton's Big Ben - is to get a makeover as part of strengthening work.

The council put forward three colour schemes to the public - including one that some have described as a "giant rainbow lollypop."

Residents had three options to vote on - a simple cream design like the original, a darker option with a yellow feature and the radical rainbow.

The latter wasn't everyone's cup of tea - so some took things into their own hands.

Official voting boxes were tampered with on the weekend and alternative boxes created - causing confusion.

It's now a waiting game, with voting to be counted only of the official boxes this week.

People on the streets of Carterton were still divided about which one they liked best.

Crystal Thompson runs a local cafe and says it's been the talk of the town. She reckons the restoration will be good for business.

"People either want it to stay the same, some want it to change, money, so many things have come up because of this," she said.

The mayor, John Booth, said he was disappointed the voting system was rigged.

"It has confused the issue to some people but all the genuine votes are in the boxes that were in our events centre and they're the ones that will be counted," he said.

He has ruled out a new vote.

"We need to verify those votes so they will be checked across the electoral role to make sure they are genuine," he said.

Locals will have to wait for the new council to be elected before finding out the winning design and to hear the clock tick again.