A five-year research programme has been launched to provide greater information on how much water is lost on braided rivers into groundwater. 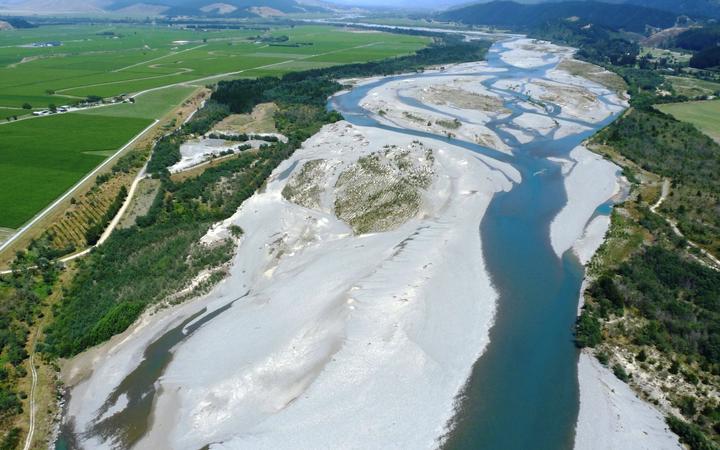 The rivers, mainly along the east coast of New Zealand, are gravel-bedded rivers with multiple channels that live within a corridor but the beds are constantly realigning and shifting depending on the flows and conditions.

Blair Miller from Lincoln Agritech said very little is known about how much water gets into the aquifers from the rivers.

"It's one of the biggest unknowns in terms of trying to understand the recharge to the aquifers that support most of the agriculture on the east coast of New Zealand."

Dr Miller cites two large rivers in Canterbury, the Rakaia and the Waimakariri, which are significant contributors to the recharge of the aquifers that support all of the irrigation on the Canterbury Plains.

"Very similar in Marlborough and Hawke's Bay as well."

He said researchers will develop models to determine what the leakage is and the different interactions between the groundwater and the rivers.

He said they will essentially be making a 3-D map of the gravels and the elements that make up groundwater under each river channel.

Dr Miller said once the research is complete, better water allocation policy decisions can be made on how to utilise the water.

The work will be carried out on the Selwyn/Waikirikiri River in Canterbury, Wairau River, Marlborough and Ngaruroro River in Hawke's Bay.