The government is being urged to act swiftly after reports that the orphan of a New Zealand woman is in a Syrian refugee camp. 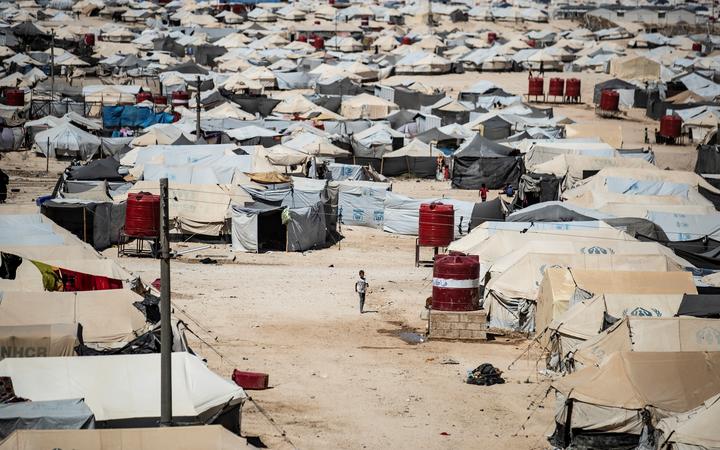 Save the Children says it's in contact with the 3-year-old's grandmother, who is also a New Zealander but living in Australia.

The boy is understood to be in the Al-Hawl camp, but Prime Minister Jacinda Ardern said it was incredibly difficult to get information out of the region and she could not comment on the specifics of this case.

"There are literally thousands of people within [the camps] and it's very difficult for anyone to gain access and we don't have consular assistance on the ground," Ms Ardern said.

"It's a difficult and unsafe environment," she said.

The Al-Hawl camp in the desert on Syria's border with Iraq is home to 70,000 woman and children escaping a savage civil war that's decimated the country.

Kamalle Dabboussy, whose adult daughter is being held in the camp, is part of a group of Australians trying to bring family home.

He said the situation there was dire.

"The conditions are absolute squalor. I can't begin to describe... they're in fabric tents in 50 degree heat. There is no sanitation," Mr Dabboussy said.

Andrew Johnston from Save the Children said Isis has recently taken over parts of the camp, and things there were getting worse.

"Just in the last couple of days there's been massive increases in violence," Mr Johnston said.

He said since the start of the year, about 300 children had died in Al-Hawl and the government needed to act urgently for the orphan.

"We're calling on the government and authorities to try and get the details... if there is New Zealand children there we want to urge them to bring those children home to where they can be safe," he said.

He said the reason for that was if the state started to bring home Kiwis who were in trouble around the world, the obligations on the state would be far and wide.

The Ministry for Foreign Affairs told RNZ in a statement it was aware of media reports that there may be a small number of people in the camps with possible links to New Zealand.

It said it did not comment on individual consular cases.

RNZ has also asked Australia's Foreign Affairs ministry for comment but there has been no response.