Wellington Railway station has reopened after it was evacuated this afternoon, but Metlink has warned of delays on all services. 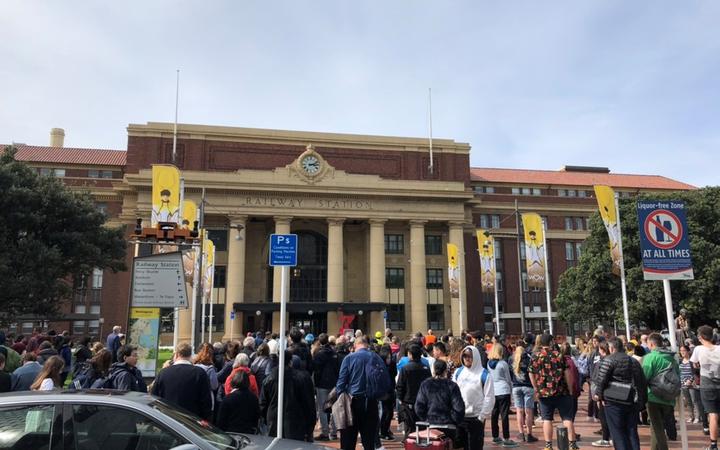 A crowd outside the central Wellington railway station, after a threat sparked an evacuation. Photo: RNZ / Harry Lock

The Wellington city council said a fire alarm was the cause of the evacuation, but police said a threat was made.

Metlink said train services in and out of the station were suspended due to the evacuation.

"There is a police cordon, so please stay away from the station until we have been given clearance to re-enter.'

The Auckland train network was also affected by the closure of the station, as the National Train Control - which is how trains receive permission to move - is based in the station.

While people have now been told they can go back inside the Wellington station, Metlink warned that trains will not be running to their scheduled timetable this afternoon and passengers can expect delays on all services.

A passenger on the scene said people in the station were asked to move away from the building.

He said there was a heavy police presence. 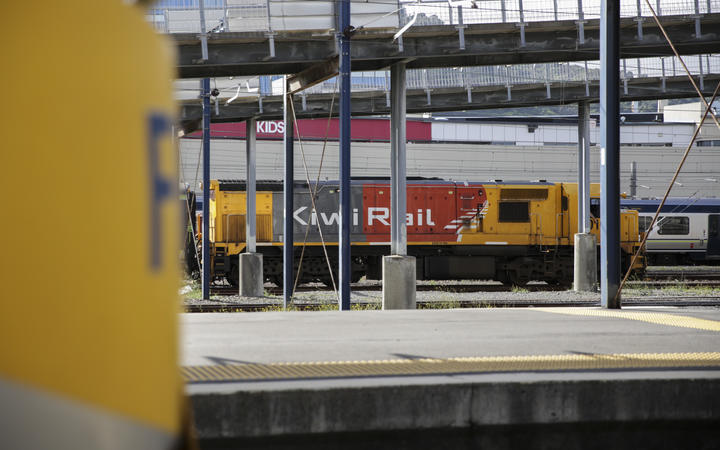 Train services in and out of the station have been suspended. Photo: RNZ / Richard Tindiller