More than 15,000 people have signed a petition opposing a planned housing development next to the Whenuapai Air Base in Auckland, saying a court ruling may have jeopardised the military's use of the land. 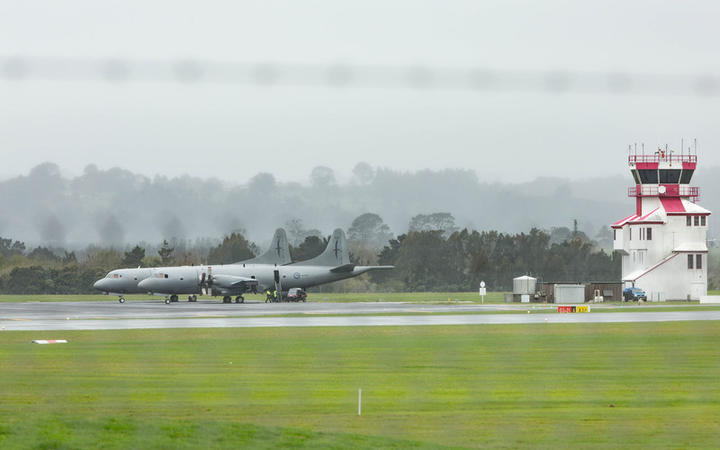 Locals who like the airbase say noise comes with the territory. Photo: RNZ / Claire Eastham-Farrelly

Neil Construction went to the Environment Court to see if limits on engine testing noises applied to the base, but said it doesn't want to limit defence force activities.

But the Defence Minister Ron Mark said that's exactly what may now happen, and some angry residents say it's a ploy to bump up the value of the property.

The private, mostly Malaysian-owned company Neil Construction Limited is planning to build up to 300 houses on land bordering Whenupai Air Base in West Auckland, which it bought for $31 million.

At the moment it's zoned as future residential - suitable for houses in the future, pending zoning changes - and there's a process underway by Auckland Council to work out how the area surrounding the base should be able to be used.

This zoning process would affect Neil Construction's plans, so it sought a clarificaton from the Environment Court about a legal uncertainty - whether noise from aircraft engine testing falls under other noise restriction regulations.

The Court said yes - all noise generated from aircraft falls under this.

That worries Mr Mark, who said it will affect military operations.

"Make no mistake, this ruling has the ability to impact on military use of Whenuapai (this is recognised in the judgement). Neil Construction in a letter to me say they have no desire to limit operations, and then state NZDF could mitigate the noise generated by testing.

"I understand this could mean moving the testing to another area of the base... [which] would impose significant cost on the taxpayer (I understand this would be in the millions of dollars)."

Locals who like the airbase say noise comes with the territory, and are frustrated that a foreign-owned company has come in and potentially changed the special character of the area.

Local board chair Margaret Miles said everyone who's bought in the area knows the airbase makes noise, and it's never been a problem - in fact, it's part of the attraction.

"They have bought the land [a few years ago] and at the time I'm sure they would have been well aware of the air base being there. So it seems a little bit odd that they turn around and start complaining about the noise."

She said it seems to be self-interest by the Neil group, and against the wishes of locals.

"I think I've also heard it said that why would they do it other than to increase the value of their land...

"I'm sure that [being next to the base] would have been reflected in the value of the land at the time."

The Neil Group's CEO Phil Ainsworth said he does not want to affect the airbase or stop its activities, and it certainly doesn't want it to close.

He said the Environment Court ruling will now help Auckland Council finalise the zoning of the land.

"First and foremost, we do not want the airbase to stop or limit its activities and we reject any suggestion that we want Whenuapai Airbase to close. We recognise and value its contribution to defence, search and rescue, and for jobs and local business in the area, and agree with public sentiment in support of its continuing operations," Mr Ainsworth said.

"We sought a Declaratory Judgment to clarify whether the NZDF's own noise limits apply to all aircraft operations, so that Auckland Council can finalise the appropriate zoning and development controls for residential land in the wider Whenuapai area. There was uncertainty as to whether those limits applied to engine testing, and the Environment Court ultimately ruled that they do."

A petition - which now has more than 15,000 signatures - says it's a "disgraceful hijacking of the law" so the developer can sell the houses for more money.

Mr Mark has sought legal advice, saying he wonders if the property development is a threat to national security. He said it could also affect search and rescue operations.

The Neil Group said it has never complained about noise at the base.

"We did, however, challenge Auckland Council's view that the current Auckland Unitary Plan rules covering noise emissions from the airbase do not apply to engine testing," Mr Ainsworth said.

"The existing noise limits specifically exempt search and rescue operations and emergency landings so that they are not impacted at all. Further, NZDF has the ability to operate at any time without restriction if the Minister certifies that it is necessary for national security reasons.

"The parties to the Environment Court hearing know that noise from engine testing can be mitigated, including by moving engine testing away from the Airbase's periphery and closer to the centre of the base where engine testing used to take place clear of the runways, until the test area fell into disrepair."

The Defence Force has 20 days to appeal. If it does, the ruling will not be enforced until a decision's reached.