About a quarter of New Zealanders have a disability, yet there are no figures that properly capture what that means for the tourism industry. 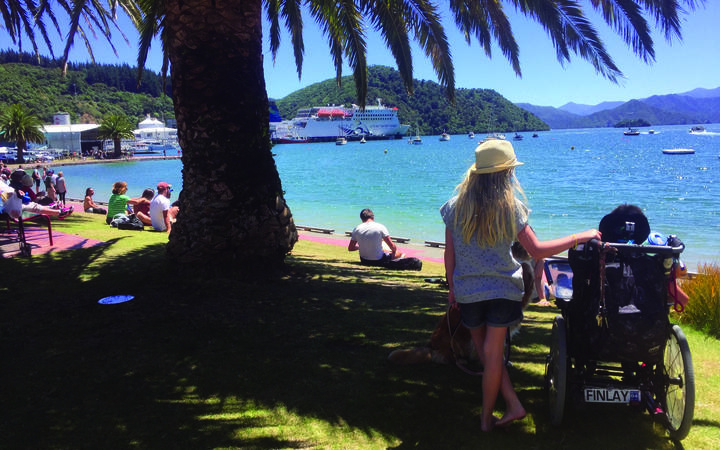 Kimberly Graham and family on holiday in Picton. Photo: Supplied

People with a disability and their advocates say accommodation and transport pose the biggest barriers to travelling as truly accessible options can be a struggle to find.

Accessible travel writer Kimberly Graham said travelling could be a challenge for her family of five as her eldest son needs a hoist to get in and out of his wheelchair.

"We found ourselves on the ferry and it was quite awful because he not only was sick on the ferry, he vomited - did it all over himself and his wheelchair. If you need a toilet, you need somewhere to go, there isn't anywhere so you tend to make do as much as you can," Ms Graham said.

For Ms Graham, her blog was a way to share their experiences with others who faced similar challenges and for people to gain insight.

"Generally speaking, a lot of our standards here in New Zealand are quite bare minimum. They really do need updating because a lot of providers don't really go above and beyond what is the standard. To find a two bedroom accommodation [that's wheelchair accessible] is very difficult," she said.

Debbie Ward - who uses a wheelchair - said many places weren't set up for independent travellers.

"They say they are wheelchair accessible so the shower might be fine and the bathroom might be fine, but the amenities like the microwave or the cups and the saucers, the jug, might all be up too high," Ms Ward said.

There was an inconsistent perception of accessibility and wheelchair access that meant she didn't always know what she would arrive to find, she said.

"I think they are accommodating when disabled people make inquiries or turn up, but they're not intentionally thinking about it as part of their planning process."

Accessible New Zealand tours owner operator Roger Newman described travelling as a 'leap of faith' for people with a disability because there wasn't a universal standard. 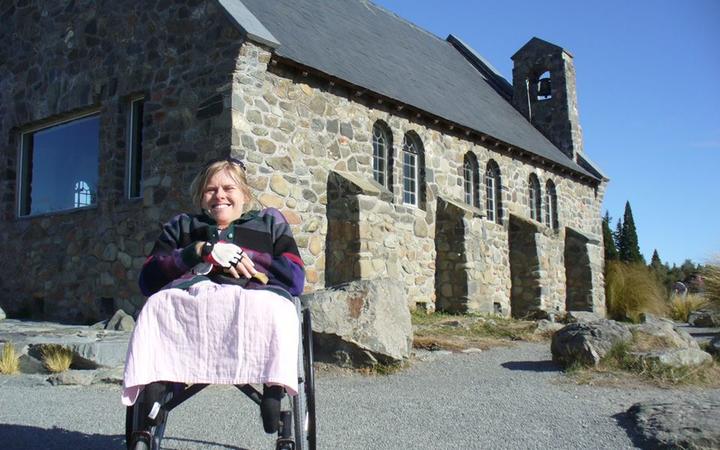 "We've had clients that we've needed to hire a commode chair for and a hoist. We've stayed in places where we've had to get blocks of wood and books out of the bookcase to raise the bed so we could get the hoist underneath and get them out of their wheelchair and into bed," Mr Newman said.

"One of the major challenges is that they feel very insecure if they don't know where the next bathroom is, and so we're very aware when we're touring, like if we're driving from Auckland to Rotorua, that we know where there are toilet stops, accessible bathrooms," he said.

"That's something that you would not normally think about until you've actually been in that situation."

He wanted accommodation providers and tourism operators to be inspected and signed off before they were considered accessible.

MakingTrax director Jezza Williams - who is a tetraplegic after a canyoning accident - said the disability market could be a goldmine for the tourism industry - if it was better prepared.

He spoke to delegates at the recent Tourism Summit Aotearoa about the benefits of embracing inclusive tourism.

His company helps adventure businesses make their activities accessible to all.

"Inclusive tourism is not about doing a nice thing, it's about understanding the potential is huge. In New Zealand, we have taken some statistics and it stated 24 percent of all of New Zealand has some form of disability. That could be anything ranging from a learning disability to something extremely obvious like myself," Mr Williams said.

He hoped to bust the myth that people with a disability aren't into overseas trips or adventure tourism.

"Inclusive tourism is about providing an experience to the best abilities of the clients in relation to the activity. It's not about making everybody available to do an activity. Understanding your client and possibilities is paramount," he said.

"In the outdoor industry, we vet our clients. We always do."

Tourism Industry Aotearoa chief executive Chris Roberts said the industry was working to improve its accessibility and had made some progress.

"What we're learning now is it's also about being inclusive and giving everyone the opportunity to enjoy the great experiences that are available in New Zealand. We still have some way to go in that area," Mr Roberts said.

The sector would miss out if it wasn't accessible, he said.

"Operators should be thinking about how they provide for those with physical disabilities or with hearing or with visual disabilities ... don't miss out on those markets just because it takes a bit more thinking."

"One of the big fears, I think, for people with impairments is that if it's not all well planned out, they can get stranded somewhere between their home and their end journey. That just absolutely demolishes their holiday if something doesn't go to plan," Ms Hailes said.

"So lots of little things that access means are just not thought about. It's more than just a ramp, it's ... having no barriers."

Despite the barriers, Kimberly Graham and her family have no plans to stop travelling.

"It's just really good for our wellbeing actually to feel that freedom and our son have an inclusive family travel experience. It's what I would like to see more of and it's why I did my blog," Ms Graham said.

"It is about trying to keep that inclusive family together and enjoying things like a regular family as much as possible, and that's what we try and do."

She said the travellers were out there, the industry just needed to become more accessible.