Olympic and Commonwealth shooter Chloe Tipple is backing a teen who expressed disappointment at losing her AR-15 rifle to the semi-automatic gun ban. 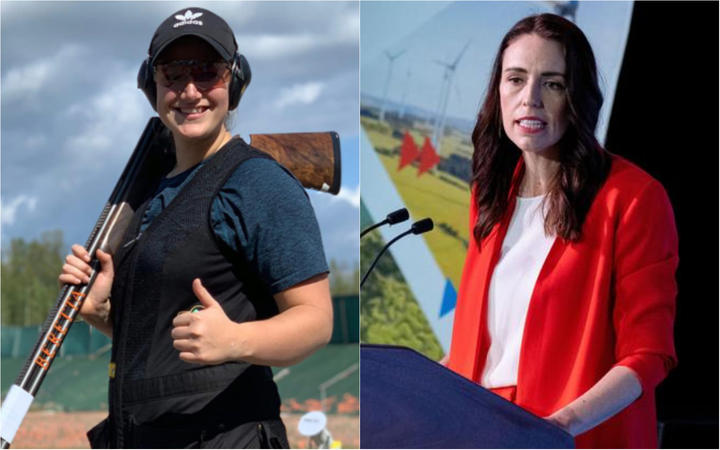 In an open letter to Prime Minister Jacinda Ardern, Maddy Millen-Turner, 13, said her hopes and dreams had been crushed by new gun laws forcing her to hand back her prized semi-automatic rifle.

The Waikato girl said she was reduced to tears when told about the ban on guns like her AR-15 that she was given as a birthday present.

She had competed in three gun and multi-gunning events under her father's gun licence with an AR-15 rifle and said her sports discipline had now been taken away from her.

Ms Tipple said kids as young as six and younger could be responsible shooters and was proud of the 13-year-old for standing up for what she believed in.

She told Checkpoint existing laws that allowed a child to use a gun in a supervised environment were reasonable.

The 28-year-old, who manages the Christchurch branch of Gun City and is the daughter of owner David Tipple, said the hobbies of many people had lost and she shared their frustration.

"It's really sad and it's legitimate," she said. "There are people out there that have literally had their hobby taken away from them, so I share her pain and I feel just as sad and I'm so proud of her for standing up for what she believes in, writing a letter."

Ms Tipple hoped she would take up another shooting discipline like clay-pigeon shooting, but said the teen should not have been forced to do so.

She said the government could have simply tightened up existing laws governing the ownership of semi-automatics, instead of introducing introduce new gun laws that included an outright ban on semi-automatics in the wake of the Christchurch attacks.

Making these available on an E-category license, as opposed to be standard license, would have been appropriate, she said.

The gunman in the Christchurch mosque attacks that left 51 people dead in March was armed with several firearms, including an AR-15.

"I think Jacinda has been advised by a whole bunch of people who have just been misinformed. When you're in this industry and you've got your heart and soul into it, it's a hobby, it's a passion, whenever it's under attack it's going to hurt.

"But I still think there are ways that would have made it better without actually taking the guns away. They are hurting an industry, a sport that has been age-old in this country and I'm seeing the hurt first-hand."

Ms Tipple said law-bidding citizens shouldn't be penalised because a criminal element was misusing firearms. Criminals would not be handing in their weapons, whereas ordinary people would, she said.

Council of Licensed Firearms Owners spokesperson Nicole McKee said she spoke to two teenage boys at a hunting expo at the weekend who were also upset at having to hand in the AR 15 rifles that they used for rabbit shooting.

"Upon handing in their now prohibited firearms at a collection event, they were in turn offered a box of crayons each. These are boys who expressed their concern to us, the fact that they're not indoors playing video games, but they are outdoors with their parents with good discipline."

Ms McKee said it was a shame young people were being robbed of the chance to compete and hunt with semi-automatics.

"You know the father said I have said to my boys, your firearms are now regarded as prohibited. And you need to come in to a collection event and turn them into the police. And this will be your experience, your first real experience, of how things that were once legal can become illegal, almost overnight."