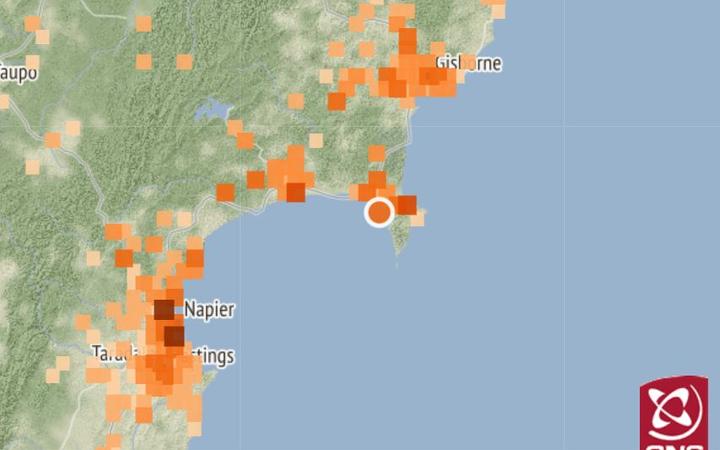 Map shows 'felt' reports and the epicentre of the quake. Photo: GNS Science

GeoNet said the quake occured in Hawke's Bay to the west of Mahia Peninsula, at a depth of 26km.

It said it had received more than 3000 'felt' reports, largely from the Hawke's Bay, Napier, and Gisborne areas.

Deputy Mayor of Wairoa District Council, Denise Eaglesome-Karekare, said the shaking went on for about a minute.

"It was a little bit freaky, it made me stand under the doorway," she said.

"Normally, I'm pretty laid back but I wasn't for this one."