Taekwon-Do champions from around the world are descending on Napier for the first-ever International Special Needs Taekwon-Do Games this weekend.

Athletes aged five to 65, from 10 countries, will take part in the event, including 63 competitors representing New Zealand.

The event was created by Special Needs Taekwon-Do NZ president Ben Evans after he found overseas tournaments, usually tacked onto mainstream events, did not cater so well for those with disabilities.

"I just felt we could do better for those with special needs and I felt New Zealand should make a statement about how you should actually run a special needs tournament."

The response to the idea had been "amazing" with so many countries getting on board, he said.

Many of the New Zealand athletes had been training nearly every day for the last year in preparation for the event, Mr Evans said.

"Some of them are training three to four times a week to almost full-time training for this. They've come very far since the start so it's great to see them working their hardest for this big event. A lot is on the line as well ," he said. 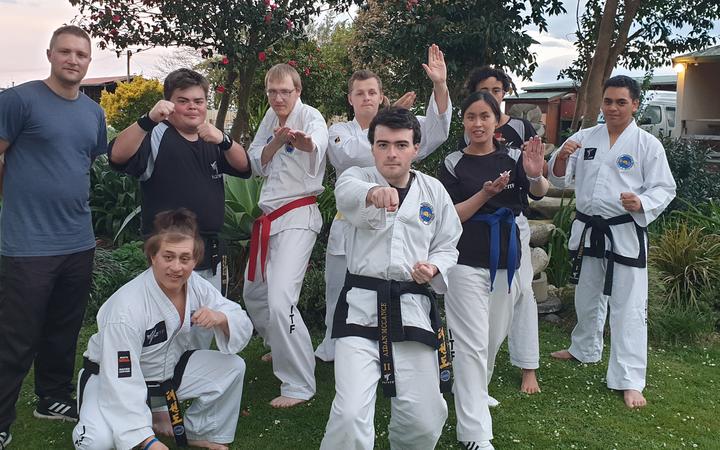 Some members of the New Zealand Taekwon-Do team. Photo: Supplied

Black belt Aidan McCane, 25, is one of those training daily. He had won gold at tournaments in Argentina and England and hoped to do the same on home turf this weekend.

And while he was "pretty nervous" about the tournament, it wasn't all about winning.

"I'm looking forward the most to seeing the people I met around the world again."

Another international gold medalist, blue belt Megan Chui, 33, had also been training hard and had her eyes on the top prize.

"I want to get lots of gold this year and hopefully everyone comes along to watch us. I hope we bring back all the gold medals." 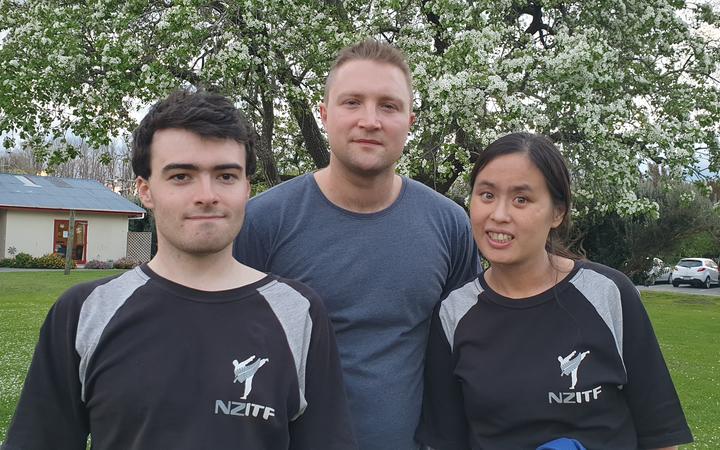 All members of the New Zealand team lived in Hawke's Bay because it was the only place in the country that offered taekwan-do lessons for people with intellectual or physical disabilities, Ben Evans said.

While the sport was growing overseas, he would like to see it expand at home because of its potential to transform lives, he said.

"A grandmother told me her son could not ride a skateboard, not ride a bike, but through taekwon-do they can now do this. It's great for co-ordination, health, fitness and self-esteem," Mr Evans said.

"I had one student who wouldn't look up but now he can because taekwon-do has given him that feeling of confidence in himself."

Spectators were being charged just a gold coin to watch the tournament and organisers hoped this would result in the Pettigrew Green Arena in Taradale being packed when the tournament kicked off at 9am on Saturday.