The Independent Police Conduct Authority said a police officer was justified in being armed when stopping a vehicle in Hastings in July last year, despite it being the wrong vehicle. 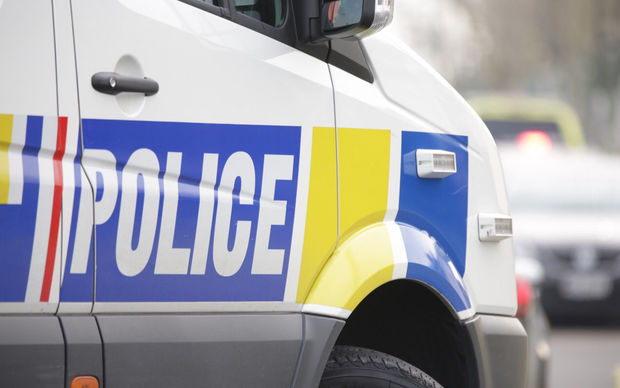 The Authority found the officer was justified arming himself with a pistol. Photo: RNZ / Claire Eastham-Farrelly

The authority's decision out today said the officer involved believed the vehicle matched the description of a car that had recently been stolen along with 10 firearms.

However it was later discovered it was not the stolen vehicle.

"The authority has found it was reasonable and appropriate for an officer to arm himself with a pistol and conduct a 'high risk vehicle stop' in Hastings on 21 July 2018.

"The officer believed the vehicle matched the description of a car that had recently been stolen along with 10 firearms. However, after searching the car, police discovered it was not the stolen vehicle," the authority said.

It said the man involved complained to the authority, saying the officer was aggressive and pointed a gun at him for a long period of time. The officer said the man was agitated at being stopped and was belligerent towards him.

The Authority determined that the officer had held the pistol pointing towards the ground during the incident, and that the vehicle stop and the search were lawful because of reasonable grounds for suspicion.

The complainant also said the police had not apologised to him for the vehicle stop, and had not offered him victim support.

"The officer complied with his obligations under the Search and Surveillance Act 2012, other than not reporting the warrantless search," the authority said.

Police advised the authority that they would consider providing support to people in these circumstances, but it was likely support was not considered in this case because of the confrontational way in which the man had responded to the incident.

"The authority accepts that any incident in which a firearm is drawn in the presence of a member of the public, whether aimed or not, would likely be distressing for that person.

"The authority notes that in this case, a supervisor attended and explained the reasons for the officer's actions to Mr X" said authority chair Judge Colin Doherty.

Eastern District Commander Superintendent Tania Kura agreed that the officer's actions were appropriate and reasonable given the circumstances.

"As noted by the IPCA, the officer reasonably formed the belief that an incident involving the driver of the vehicle could be life-threatening, given the potential presence of a number of firearms."

She said the officer "astutely assessed" the potential risks involved in stopping the vehicle and took the appropriate steps to protect himself and others from potentially serious harm.