A breast cancer lobby group says health officials must look closely at the worries surrounding some types of breast implants. 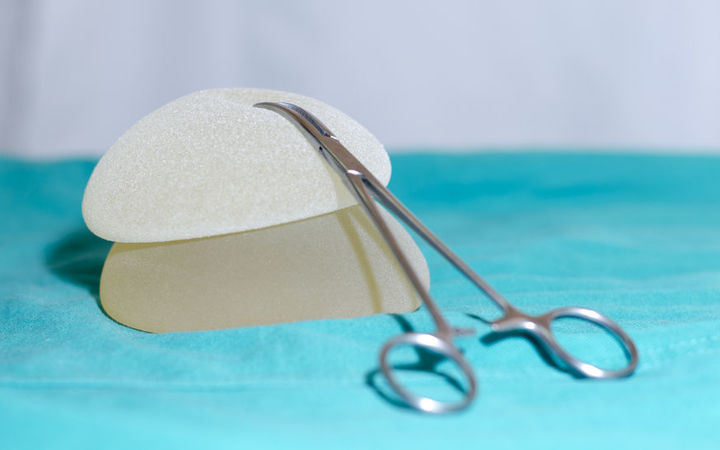 Australia's Therapeutic Goods Administration, or TGA, has suspended the sale and use of eight models of breast implants there amid global concern about links to a rare cancer.

However, until that was clear, the Health Ministry's Medsafe unit, should also suspend their use.

Dr Burgess added that Medsafe should look very carefully at the data surrounding the issue and at the TGA decision.

She said the best approach would be to "just follow that decision as a matter of caution. We don't want to be putting any New Zealand women at risk unnecessarily".

The Health Ministry said Medsafe is reviewing whether the implants are available here, and in the meantime no action is needed by those with no changes or symptoms.

However, anyone with sudden, unexplained changes such as pain, lumps or swelling should see their family doctor or the surgeon who carried out their breast implant surgery.

In Australia, the announcement follows a review into implants and an associated cancer, which included New Zealand data.

Eight types of implant have been suspended from use, import or export, in Australia "on the basis there are grounds for cancelling their [TGA] entry", the organisation said on Thursday.

The manufacturers have six months to address the TGA's concerns, if they want to have the decisions reversed.

All remaining breast implants can only be used if patients are given a leaflet including warnings about cancer risks, and manufacturers must report every six months.

During the review some manufacturers withdrew their products from the market and registration, the TGA said.

In 2016 the TGA found a cancer associated with breast implants is much more common than previously thought.

Research and improved data showed Breast Implant-Associated Anaplastic Large Cell lymphoma (BIA-ALCL) could occur in as many as one in a thousand women who had implants.

Surgeons have been waiting for Australia's decision, association says

In New Zealand, it is thought about 15 women have been diagnosed with the cancer, "since we became aware of it, in about 2008 or 2009", said Jonathan Wheeler, president of the New Zealand Plastic Surgeons Association.

The eight implants suspended from use in Australia and the remaining types now subject to increased warnings, include implants that have been commonly used in New Zealand.

Surgeons here have been keeping a close eye on the issue and awaiting the decision, he said.

"We have forwarded the information to Medsafe ... it wouldn't surprise us if Medsafe followed the same changes that the TGA have put out." Medsafe is New Zealand's equivalent regulatory body to the TGA.

The number of New Zealanders who have breast implant surgery is unknown, but Dr Wheeler estimates it is likely to be thousands each year.

"The patients with who we would be most concerned would be those who have swelling, of one breast in particular. ALCL commonly presents with a swelling or lump in the breast, and if that were an issue we recommend they see their GP urgently.

"It's right to view this seriously. My advice to patients would be if they're concerned to make contact with the surgeons who placed the implant. There are patients who've had their surgery done overseas, say in Thailand or Malaysia, in which case they should probably try to contact the original surgeons, especially in terms of working out what type of implant they have had placed."

Once patients know the type of implant they have, they should visit the GP if they are concerned, and if they need further specialist care they will be referred, he said.

If caught early BIA-ALCL can be effectively treated by removing the implant, and patients have a high rate of survival. Health authorities do not recommend removing implants as a preventative measure.

Dr Wheeler said the Australian research and warnings strengthen the association's call for the government to set up a register for patients who have received breast implants, recording the type of implant, and other data.

This should include New Zealanders who have had breast implantation surgery overseas, he said.

"So that we can know and understand what implants are going in, and we can have post-market surveillance, which means if there are particular implants like in this TGA statement, then we'd be able to very quickly provide that information and answers, both to the government, but also to patients and their surgeons.

"The more information we have, the more readily we can respond to issues."

Breast implants and reconstruction are provided by general surgeons, as well as plastic surgeons, so the association was not the appropriate group to set up a register, he said.

New Zealand surgeons do a responsible job of warning patients of the risks of getting breast implants, he believes.

"Anyone who is looking to have breast augmentation or breast reconstruction needs to be informed of the risk and potential complications, not only of ALCL, but also the risks of infection and other complications that can arise."

The TGA said BIA-ALCL can occur with both saline and silicon implants. All Australian cases have occurred in women with textured or polyurethane implants.

They believe that while the cause of BIA-ALCL is likely to involve a number of factors, statistics fo far show it is more likely to happen in implants with a larger surface area and roughness of their walls.

Over the past few years there has been a change in the type of breast implants used in Australia, with a decrease in macro-textured implants and an increase in supply of micro-textured and smooth implants.