The Tauranga City Council has broken its promise to gift or lease back a significant piece of land to local hapū, the Otamataha Trust has said. 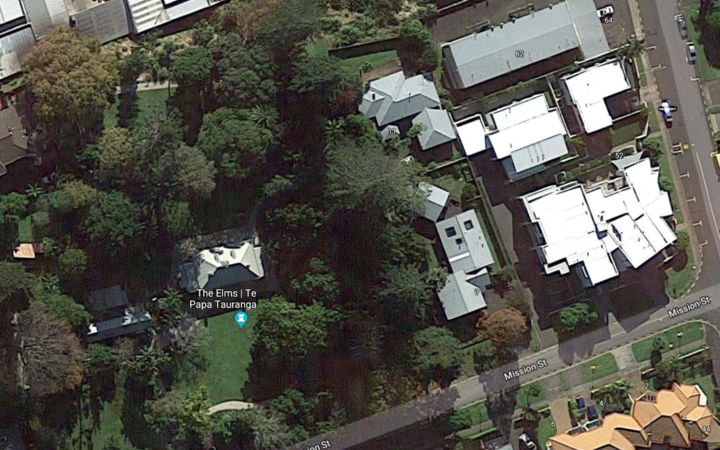 Sixty-percent of public submissions were against the idea of returning the land at 11 Mission Street, which is part of the original Otamataha Pā, to the Otamataha Trust.

Last year the council agreed in principle that the land at 11 Mission St was to be returned to the Otamataha Trust, and then perpetually leased to the Elms Foundation.

But after heated debates at meetings among councillors over the last month on the topic, the decision was finally made yesterday to look at forming an entity to represent both the hapū and the foundation.

Council will now work with both the foundation and the Otamataha Trust as to what that entity will look like, before submitting a report.

Councillors remain split as to whether land should go to the Otamataha Trust or the Elms Foundation, and Deputy Mayor Kelvin Clout said the joint ownership proposal was a last-ditch solution.

"That is really, you might call [it] a compromise situation and a solution, which at the end of the day, no one was actually particularly happy with."

A final decision won't be made until the new council has been formed, which Mr Clout said, could mean the dispute dragged on.

He regretted how this had damaged the council's relationship with local hapū.

"We did have an opportunity to make a real, strong positive forward looking move with this decision to gift to the Otamataha Trust.

"I do see this as a minor setback, but I'm still very confident that [in the] longer term we will continue to move forward together.

Otamataha trust chair Puhirake Ihaka is extremely disappointed that the land would no longer go back to hapū.

He said the council had broken its promise to give the land back.

"The relationship has definitely suffered, it's taken a backward step, we no longer have that faith and confidence and trust in them," Mr Ihaka said.

"Where to from here, only time will tell in terms of our initial discussions with the new council when that takes place."

Mayor Greg Brownless, who voted against giving the land to iwi, disagreed a promise was made to the hapū.

"The indication all along since the land was purchased was that it would go to the Elms Foundation directly."

"Now it doesn't mean council doesn't work with the Otamataha Trust, for example, around the cargo shed area and dive crescent ... but in this particular case, I also thought that it's better to have the Elms on one title."

Elms Foundation Trust chair Ian Thomas supported the original proposal which would have seen them lease the land from the hapū, and now it just wants the council out of the ongoing negotiations.

"We would try [to] keep it as simple as possible - we don't want a lease situation that would leave it in the council's hands, its time for it to be removed from the council's hands given their ineptness to date in handling this issue."

Mr Thomas would ideally like the foundation and the hapū to have equal shares in the land, although he has yet to discuss that with the foundation or the trust.

Mr Ihaka also didn't want council in the negotiations but said it's too soon to discuss what the share of the land would be.