A US woman has been charged with importation and possession of a Class A drug after Customs found 2.5 kilograms of cocaine hidden in the lining of five puffer jackets. 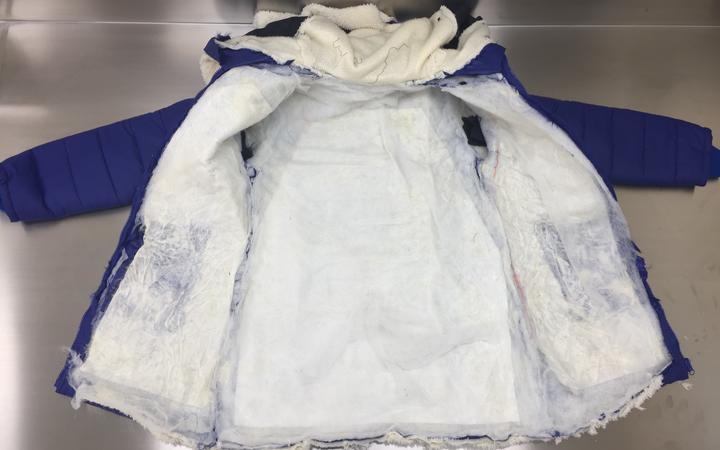 The cocaine was found lined in the puffer jackets. Photo: Customs

In a release, Customs said the 43-year-old was arrested and charged at Christchurch Airport yesterday after an examination of her bag revealed the cocaine with a potential street value of up to $875,000.

Customs said she had flown to New Zealand from Zimbabwe via Ethopia and Singapore. Her travel had come to the attention of Customs officers.

"Drug seizures like this one are infrequent in Christchurch. This latest seizure is the result of excellent intelligence work and the professionalism of our frontline Customs officers at the airport. We are pleased to have stopped this cocaine from reaching the streets of our second largest city," Mr Cannon said.

"Demand for cocaine in New Zealand remains high, and organised crime groups see New Zealand as a lucrative market for their illegal activities.

"Customs officers across the country are focused on protecting New Zealand and making us safer and more secure by reducing the risks associated with international trade and travel, such as illicit drugs."