Forest and Bird is calling for more protection for endangered sea lions in a fishery south of New Zealand. 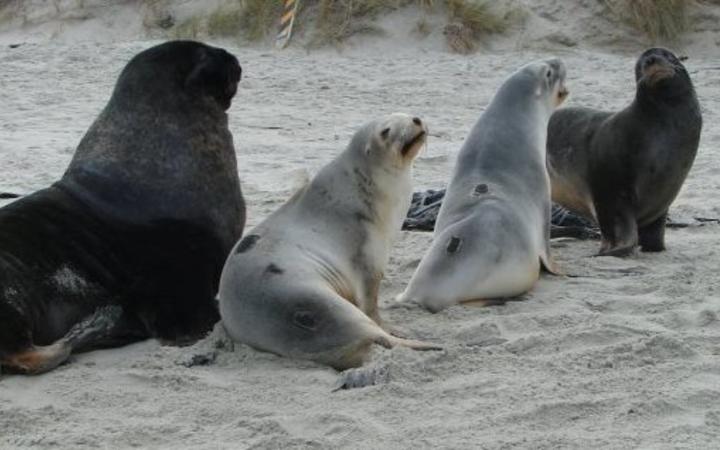 Fisheries New Zealand is consulting on a new management plan for the squid fishery at the Auckland Islands.

It has three options for managing the impact on the declining New Zealand sea lion population.

Forest and Bird's Katrina Goddard said the organisation was proposing a fourth option - for a temporary trawling ban on 17 percent of the fishing zone during the breeding season.

She said this would be a temporary measure until another sea lion protection plan for the country was created.

"We just want this option put forward while a more holistic approach can be looked at which would look at all threats in all fisheries.

"We don't want to just focus on one fishery and hope that's going to help the species recover, we need to look at this holistically."

Ms Goddard said there were fewer than 12,000 New Zealand sea lions left and there were seven recorded seal deaths in the Auckland Island fishery this year - but the actual number of deaths was likely to be higher.

"The seven sea lions is what the fisheries observers saw on the boat. That doesn't necessarily mean that more weren't killed and we know that not everything that is killed is seen, so it's an estimate - the number could be much higher."

She said the point was sea lions were a protected species.

"We don't allow farmers to go out and kill kākapo or kiwi, they don't get a quota to kill whilst they're farming, so why do we support or why do we allow fishing companies to kill our protected species?"

She said the proposal was a win-win for everyone because it would only see a small amount of the fishing zone closed, and only during the breeding season - but it would help stop the sea lions' population declining.

Fisheries New Zealand said it was carefully reviewing submissions on the plan to manage the bycatch of sea lions.

It said it couldn't comment on a single submission, and it expected a decision to be made later this year.

Meanwhile seafood company Sanford said it was meeting with Forest and Bird to discuss their proposal, and that it was focused on keeping sea lions safe.