The Christchurch mayor has banned one of her councillors from attending any events involving young people after complaints about grossly inappropriate messages to three young people, one aged just 13. 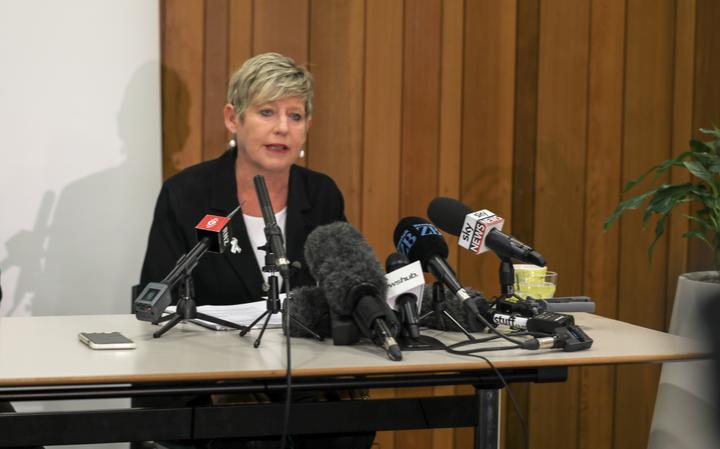 Lianne Dalziel said she agreed to ensure the councillor did not attend events where he would be in contact with young people (file photo) . Photo: RNZ / Simon Rogers

A written complaint had been filed about "grossly inappropriate" messages sent by the councillor over a three-year period to three people then aged between 13 and 21.

RNZ had been seeking comment from the mayor since Friday night. In a statement issued on Sunday afternoon, Ms Dalziel said she was approached by a youth group about the messages in May, and on 10 June she met with someone from the group who described the pattern of behaviour.

She said she agreed to speak to the councillor about appropriate behaviour and ensured he did not attend events where he would be in contact with young people.

The mayor met with the group on 24 June to discuss "next steps".

"I explained that the Christchurch City Council code of conduct was an extremely poor process for addressing such matters. There was ultimately no means of resolution other than a vote of the council, and even then it could only be a recommendation," she said.

Ms Dalziel raised the option of restorative justice at this point.

She was not able to tell the group what a code of conduct process would mean in terms of naming the young people.

At this point the mayor handed the matter over to the acting chief executive, Mary Richardson.

She said she was not made aware of all of the issues that were the subject of the complaint until after Ms Richardson met with the young people last Tuesday, where Ms Richardson was given detailed information.

After this she said her and the chief executive agreed to progress to the next stage of the code of conduct "immediately".

An independent investigator who has been appointed to decide whether a full investigation is warranted will start work today.

Ms Dalziel said she was not able to comment further while this process was underway.

Meanwhile 10 councillors have come forward to say they are not the subject of the complaint.

Some contacted RNZ directly while others made the comments on Facebook.

Some said because the councillor had not been identified, a shadow had been cast over those with no involvement.

This as voting papers for the local body election arrived in people's letterboxes with voting taking place over the next three weeks.

One complainant referred to a single event and two talked about multiple interactions with the councillor over a three-year period.

All three were aged between 13 and 21 at the time.

They claim the councillor engaged in late night messaging on social media on numerous occasions that was "grossly inappropriate".

It included references to the physical attractiveness of one of the young people, statements such as "I miss you" and "I want a hug" and emojis with love heart eyes.

There was also a sexually explicit meme.

It was claimed the interactions with the young people were not just on social media and involved the councillor insisting on hugs in the place of handshakes offered by the young people.

It was said the councillor had a nickname for one of the young people that made them feel uncomfortable.

The written complaint said these concerns were raised with the mayor and the acting chief executive in person with limited success.

It said the young people were worried about the impact their speaking out might have on the various groups they belonged to that relied on the council for funding.

Among the things they asked for were training for elected members and staff on ethics and boundaries when working with young people, pointing out the power imbalance that existed between them and the young people they were engaging with.

They also asked for a review of the code of conduct and complaints process to ensure elected members were held accountable for "unsafe practice" with young people.

It said there was a concern the current system forced young people to tell their story publicly in order for the councillor to be held accountable for their actions, leading to "revictimisation".

The complaint expressed worries that other councillors were witnessing inappropriate behaviour and doing nothing to ensure the safety of young people.

There was a call for the cost of any therapy or counselling required to deal with the "emotional harm" caused as a result of the incidents, to be covered by the council.

Finally it sought an urgent review into the claims and asked that the young people were told what consequences the elected member would face for his behaviour.