A petition calling for mountain bikers to be immediately removed from a Havelock North park will be discussed by Hastings District Council next week. 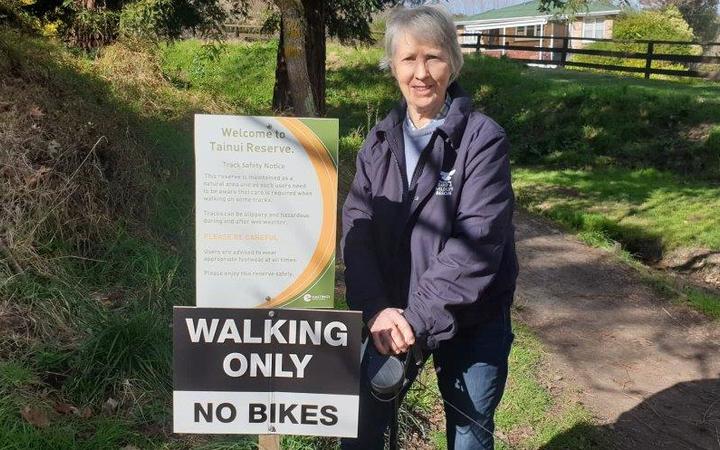 Regular walkers of Tainui Reserve say they fear for their safety after new mountain bike tracks were cut in the park a few months ago, forcing both walkers and bikers to share some of the same paths.

Following complaints, Hastings Mayor Sandra Hazlehurst ordered all work on the tracks to be stopped until the issue was investigated.

But Havelock North resident Jessica Maxwell, who lives next door to the reserve, said bikers continue to use the tracks - including those designated for walker only - regardless.

"They just ignore the signage ... and this is bringing about walker-biker conflict," she said.

Mrs Maxwell has submitted a petition with 100 signatures from walkers calling for all of Havelock's urban reserves to be bike-free and will speak to that at a council meeting on Thursday.

"I limited it to 100 because we needed to get the petition in quickly," she said.

The council said it had also received 13 emails of complaint about the situation in Tainui Reserve.

Eleven had concerns about mountain bikers and two were in support of the tracks, a spokesperson said. 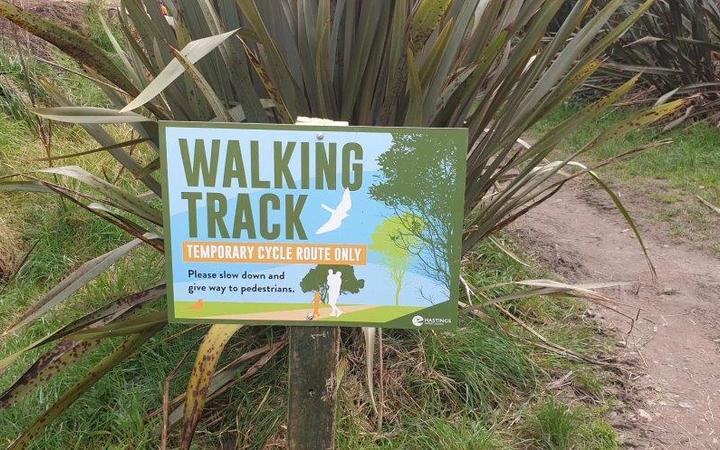 A sign at the reserve. Photo: RNZ / Anusha Bradley

Councillor Rod Heaps, who was asked Mayor Hazlehurst to investigate the conflict in Tainui Reserve, said council officers cited issues if mountain bikers and pedestrians were to share the same space when the Tainui Reserve Management Plan when it was written four years ago.

"It said we were to be careful introducing bikes into the park because dogs, walkers and downhill mountain bikers just don't mix."

He had drafted up a list of recommendations for the council to "immediately address for the safety of those using the park" but was "frustrated" they had been ignored.

Recommendations included closing the reserve to bikers in the interim while safety measures, including better signage, was installed, Mr Heaps said.

"But they've not even been assessed, mentioned or brought to the table, which is frustrating," he said.

Mayoral candidate and councillor Damon Harvey, an avid mountain biker, said her decision to halt work on the new tracks had made the situation worse.

"That's because riders were actually forced out on the walking track. If they had started and finish it in one hit we would not have had a lot of the friction that now has been created."

However, he admitted there were "signage issues" that needed to be fixed.

Better education for riders and walkers was needed to ensure both groups could use the space safely, Mr Harvey said.

A council newsletter sent to affected residents last week said it was working with mountain bike clubs to encourage them to discuss park etiquette.

While all work on the new tracks had stopped, some alterations were being made to slow bikers down as they approached the shared track, it said.