A Hastings street and a shop have been closed to the public following a fire at an old asbestos-filled railway building this morning. 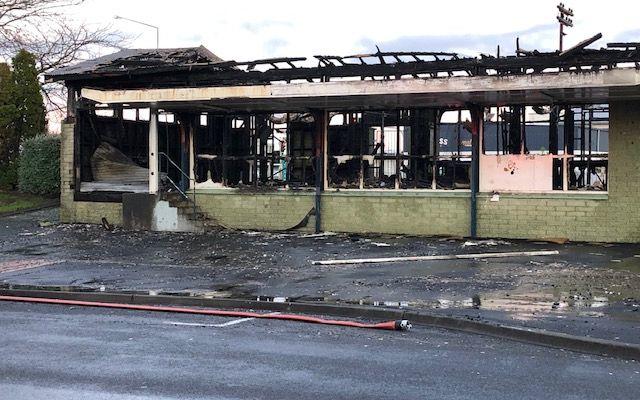 The building on Sir James Wattie Place contained asbestos sheets that could pose a risk to health if the fibres are inhaled, Hastings District Council said.

The building site was being kept damp to contain asbestos fibres while site containment and cleanup operations were underway.

"As an additional precaution Hastings District Council has closed Sir James Wattie Place until KiwiRail's contractors have cleaned up any debris that may have been deposited downwind of the fire," the council said.

The adjacent Carters building closed earlier than its normal 12.30pm Saturday closing time as a precaution.

Fine particle samples were also being tested to ensure that there was no ongoing risk to the public or people working in neighbouring areas.

The police are making inquiries to establish the cause of the fire.

Hastings District Council will continue to monitor the scene. KiwiRail has arranged to clean up the site and keep it safe.

Members of the public were being advised to call Hawke's Bay Hospital if they had health concerns.