An ad campaign encouraging people to vote in local body elections - which features a poo emoji and the catchphrase 'Give a shit - vote today' - has kicked up a stink in New Plymouth. 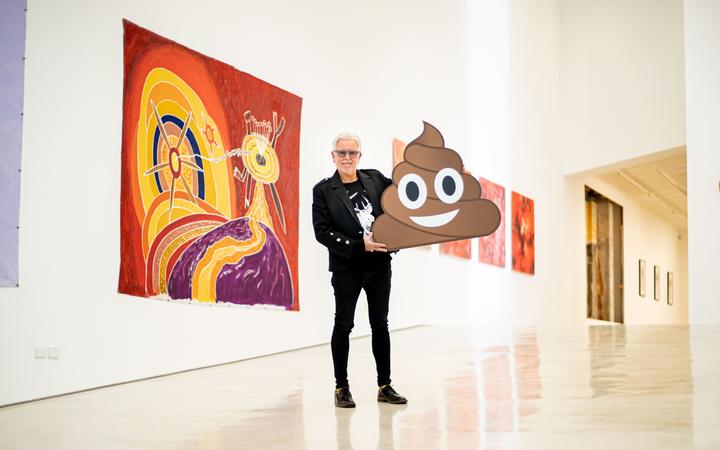 The smiling-turd emoji ads appeared on the district council's website, its Facebook page and billboards this morning, flushing out a torrent of comments -- the majority negative.

The website banner features a young woman on a hilltop holding a large poop emoji with the headline 'I give a shit about New Plymouth'.

Council chief executive Craig Stevenson was walking down the high street sporting t-shirt with a "I give a shit" logo when RNZ caught up with him.

He was unapologetic about the stink the $30,000 campaign was causing.

"Well obviously we expected it would spark a reaction and it has. We're trying to spark a conversation, we're trying to shake people out of their apathy. Voter numbers have been declining three percent a year for the last 10 years." 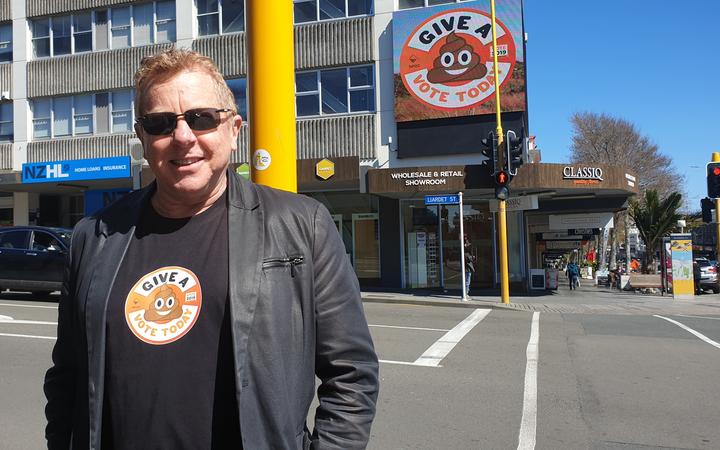 Mr Stevenson reckoned rather than turning their noses up at it, ratepayers were embracing the turd.

"We knew it was going to polarise people. We thought people will either love it or hate it, but hey it's started a conversation and I've had dozens of conversations just walking along in my shirt this morning so I think in that respect it's working."

Council candidate and former communications director at Destination Taranaki, Bruce Gatward-Cook, said the campaign smelt like a winner to him.

"My first reaction was to chuckle and I think that that is a good reaction. In terms off cut through I think it's working really well. I actually really applaud the council for being so creative about it."

"The only thing about it which might be a bit inappropriate is the timing considering the council is being taken to court for 1.5 million litres being spilt [at Mangati Stream] but apart from that thumbs up."

The current holder of the mayoral chains Neil Holdom declined to comment saying it was an operational matter, but his rival Max Brough was happy to dump on the emoji idea.

"We need focus on the real stuff. The messages are wrong. PR people. There's no place for PR people [on council] that's the corporate world."

The campaign did not wash with youngsters at a Puke Ariki today either.

Javahn was particularly put out.

"I give a shit about New Plymouth. That's bad. This is my home town, cuz."

He did not think the emoji campaign would inspire him to vote.

Kale Ruwhiu, 22, was not feeling the emoji either.

"Using emojis to relate to the younger youth and all of that sort of stuff, the younger voters, nah." 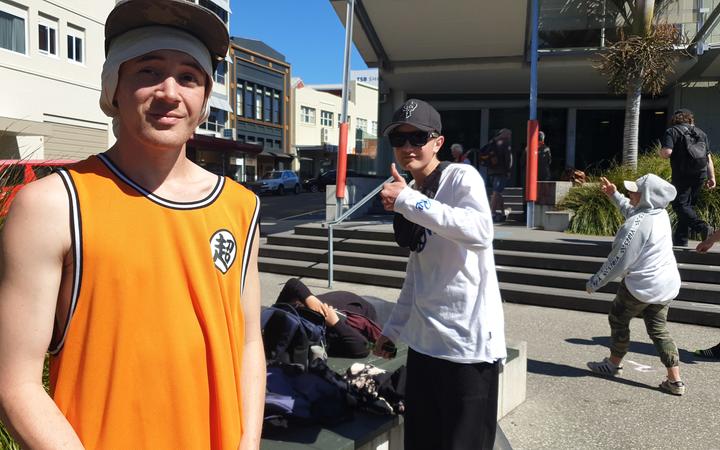 He did not think the campaign would have him rushing to the ballot box either.

"Not really because I'm a little old so I don't really get into the whole using emojis and stuff like that. I'm a bit old school I like to hear the opinions of everyone and all that. Word of mouth."

The general public it seemed did at least 'give a shit'.

One woman, who preferred not to give her name was clear of her view."

"Well I know what the emoji is. It's a poo. Yeah no. I think it's a little immature actually."

While a local publican thought the idea had merit.

"It's a conversation starter and good or bad it's getting people talking about it."

Meanwhile, anyone keen on a "give a shit - vote today" t-shirt can apply to Craig Stevenson at the New Plymouth District Council.

"We've got a few we've had printed off and if people really want one I'm sure we can arrange something for a small donation."

Voting ballots began being posted out in New Plymouth today and voting closes at midday 12 October.