An investigation into the poisoning of cattle with 1080 on a King Country farm a year ago still has not been completed, leaving the owners angry over what they say is either a cover-up or buck-passing by various government agencies. 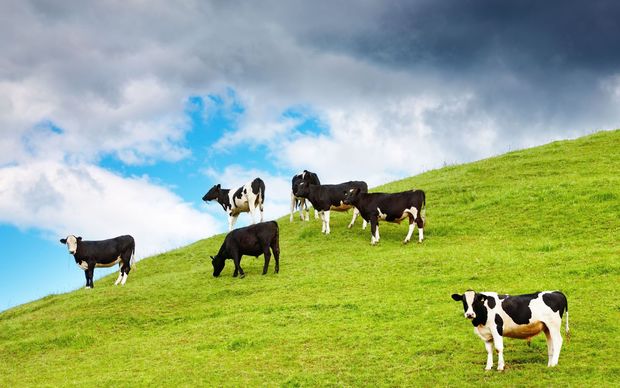 Eight cattle were found dead on Paula and Mark Stone's farm at Mapara, near Te Kuiti, after 1080 was dropped as part of a Department of Conservation (DOC) pest control operation.

The pair said the delay in the investigation, which originally was only going to take a few weeks, has taken its toll on them, both financially and emotionally.

DOC had previously said that the only logical conclusion was that the cattle broke into a piece of bush next to their paddock, where 1080 had been dropped.

That was disputed by Mrs Stone, who said DOC dropped 1080 on an area of their farm where it was not meant too.

She is staggered by the delay in the investigation.

"Disappointed, surprised, hurt, angry and we've got nothing that we can say positively about the actions from the Department of Conservation or any of the other departments that have been involved in this investigation."

DOC and the Waikato Regional Council were involved early on, but the investigation was eventually handed to the Environmental Protection Authority (EPA).

Nine days after the incident, DOC's Acting Deputy Director-General, Mervyn English told RNZ that it was getting an independent report done to reassure the public that DOC was careful with 1080.

"In this atmosphere where the use of 1080 has been questioned and particularly DOC's operational procedures, I just think the public have a right to have that assurance and I think that DOC has to be prepared to open its arrangements and have that work reviewed by appropriate skilled people."

DOC sent RNZ a written response about the delay.

"The Department will not be commenting on any matters related to the Mapara operation until the EPA enquiry is completed and the report is available. Your questions need to be directed to the EPA because they are responsible for managing the process," the response said.

Mrs Stone said the first face-to-face meeting with the EPA came only last Friday, when two people visited her farm.

"The two guys admitted that they had not seen any files and that their maps which they had on their cell phones (and they said) 'is this the area?' And we said we have given you all this information and it should be in the file and they said, 'We have not even seen the file to be honest'. So what happened here?"

Mrs Stone said the past year had been very difficult for them and had cost them at least $100,000.

Healthy animals had died and pasture had been lost.

"We've had to down-size our stock and we couldn't take grazing animals."

Mrs Stone said they had to shut off some paddocks for six months at the say-so of DOC.

The EPA provided RNZ with a written response that said: "The EPA initiated an enquiry in December 2018 into an aerial 1080 operation on 6 September 2018, at Mapara near Te Kuiti. Eight cattle died following the aerial operation.

"The enquiry has focused on the operation's compliance with the Hazardous Substances and New Organisms (HSNO) Act 1996, and the circumstances around the deaths of the cattle.

"We acknowledge the farmers' concerns over the length of time the EPA's enquiry has taken.

"During the course of the enquiry the EPA has gathered or received information from a range of relevant agencies and the farmers, as well as being involved in ongoing correspondence with the farmers' legal representative. Information gathering has included a recent visit by two EPA staff to the farm, to carry out a physical site inspection.

"We are in the process of finalising a draft report, which will be circulated to affected parties for consultation before a final report is publicly released."

Mrs Stone said they were not expecting much from the long-awaited report and it was likely they would take legal action.

"It's not a choice, our livelihood is on the line here. This is our business, we don't want to lose our property. We are both working two jobs to try and compensate these losses."

The delay in completing what should be a fairly straight-forward report didn't make any sense, she said.

"It's been one nightmare after another and it has just escalated into an absolute traumatic nightmare."