The blaze which tore through 12 hectares of scrub on Dunedin's western hills yesterday is being treated as suspicious. 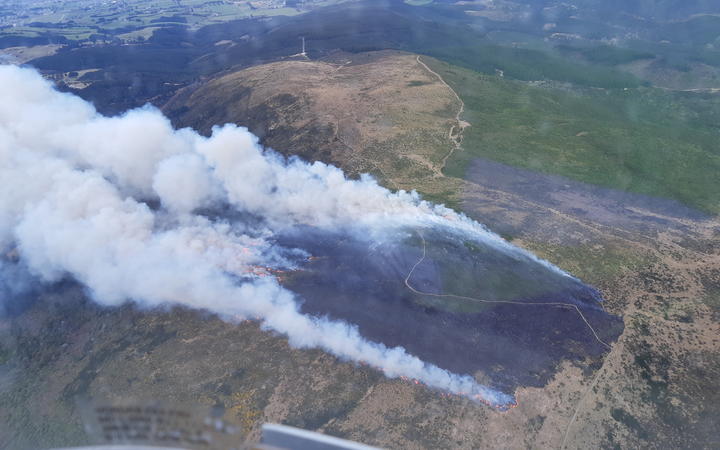 The fire in the Flagstaff area on Dunedin's outskirts flared up this afternoon.

A Fire and Emergency spokesperson said strong winds continued to be a challenge, although two helicopters had been able to fly.

However, the fire was still under control, the spokesperson said.

It tore through scrub and bush in the isolated recreational area before eight helicopters, assisted by firefighters on the ground and changing weather conditions, brought it under control last night.

At its peak seven homes were evacuated from the neighbouring suburb of Halfway Bush, as firefighters feared a forecast wind change could send the blaze in their directions.

"There's just a few hot spots inside the black - about 20 metres in, but we'll nut them out today.

The fire was being treated as suspicious at present, and an investigation would start this afternoon when a specialist fire investigator arrived on the ground, Mr Still said.

"We were pleased to be able to advise them that they can all return to their properties and resume normal activities," he said.

"We have asked them to stay on notice."

While the fire was now under control, it was by no means out and firefighters would be mopping up the fire ground and watching for flare ups until darkness fell tonight.