A jury will have to decide whether a confession from accused killer David Lyttle was genuine or not. 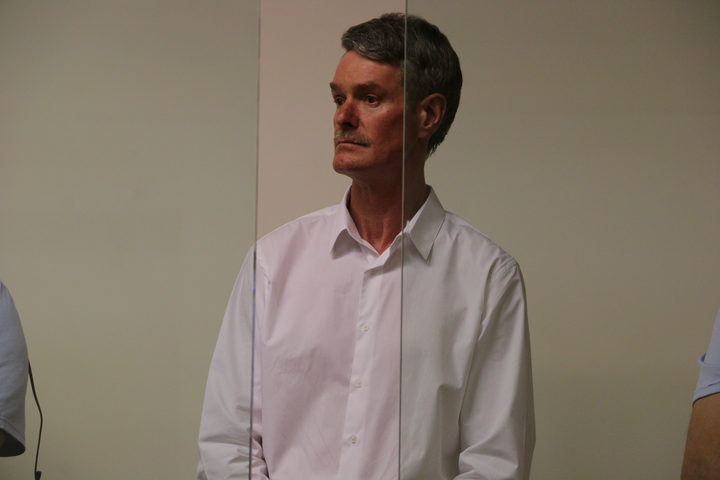 Appearing in the Wellington High Court 11 months after his previous trial was called off, Mr Lyttle is accused of killing Whanganui man Brett Hall in May 2011.

His body has never been found.

The Crown said Mr Lyttle shot his friend in a dispute over money.

Mr Lyttle had been hired to build Mr Hall a house on a rural Whanganui property.

But the lawyer for the Crown, Michele Wilkinson-Smith, said Mr Lyttle was spending money destined for building materials on his day to day living costs.

Because Mr Hall wanted his money back, she said tensions escalated.

"Unable to carry the body and desperate to cover up what he had done, he put the body on a tarpaulin and cut it into two pieces.

"He carried it away in his car in black plastic rubbish bags."

"Three years later there was an undercover operation and David Lyttle confessed to the undercover officers that he had killed Mr Hall.

"He repeated his confession when he was finally arrested. After his arrest, he said he was glad to get it off his chest."

But the defence, led by Christopher Stevenson, said that confession was coerced by undercover police officers offering to fix Mr Lyttle's financial woes.

Addressing the jury of six men and six women, Mr Stevenson said officers were told a story, and nothing more.

"I bet you didn't think that coming along here on a Monday you'd be hearing stories about murder and shooting and a body being cut in half," Mr Stevenson said.

"As madam prosecutor said, allegedly put in the back of a car and outside the family home over a weekend. Couldn't be put away or disposed of because there were family matters to attend to."

Mr Stevenson said Mr Lyttle was a father who sold chocolates to raise money for his daughters' school trips, and the financial pressures led to his false confession.

"If you think that some of it sounds slightly outlandish or farfetched, that's because it is.

"None of that happened. David Lyttle did not kill Brett Hall."

Mr Lyttle was in tears as his lawyer addressed the jury, and detailed the financial pressures he was under.

It is those same pressures the Crown said led to Brett Hall's murder, and they say the confession came as a relief to Mr Lyttle after keeping the secret for three years.

Justice Jillian Mallon told the jury that they will have to decide if Mr Lyttle's confessions were true.

"First, it is important that you know that Mr Lyttle says that he was lying when he made those admissions," she said.

"Whether he was lying to the undercover officers will be one of the key, or perhaps the key question, for you at the end of the day.

"Secondly, it's important for you to know that people do make false confessions - that is a fact."

The trial at the High Court in Wellington is expected to take up to 10 weeks.