A dolphin watching vessel in the Bay of Islands ran aground when its skipper was focused on giving a passenger commentary, while trying to stay close to the dolphins. 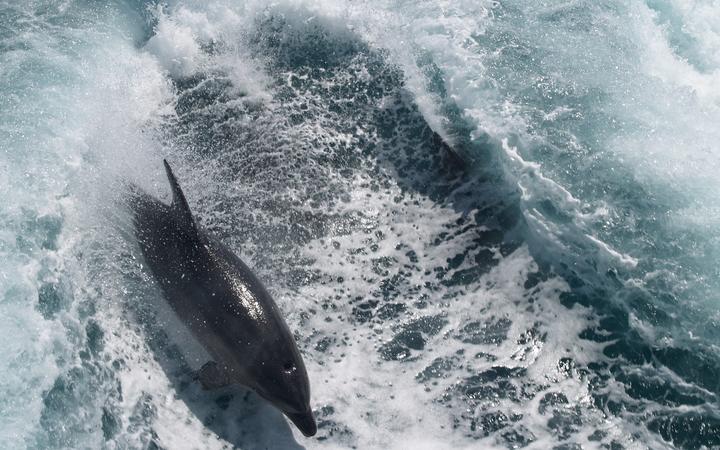 The skipper had located dolphins and was manoeuvring to stay with them at the same time as giving a commentary when the vessel ran aground on rocks at slow speed. Photo: Unsplash / Thomas Fields

The Transport Accident Investigation Commission said in a report released over the weekend that the passenger catamaran Dolphin Seeker sustained significant damage to both propellers and minor damage to its hull when it grounded almost a year ago, in October 2018.

The restricted-limits passenger catamaran was on its second dolphin-watching tourist trip of the day in the Bay of Islands, with six crew and 47 passengers on board, none of whom were injured.

The skipper had located a pod of dolphins near the Brampton Bank area and was manoeuvring the Dolphin Seeker to stay with the pod, at the same time as giving a commentary over the public address system when the vessel ran aground on rocks at slow speed, the report said.

It found that the skipper was effectively working alone in a high-risk situation, with few or no defences in place to prevent the one-person errors that resulted in the grounding, such as fully utilising the features of the vessel's electronic navigation equipment.

The report said the operator has taken actions to address this safety issue, and therefore no new recommendations were required.

"A key lesson arising from this inquiry is that when skippers are operating vessels alone in high-risk situations, there should be adequate measures in place to minimise the risk of one-person errors resulting in maritime accidents and incidents," the report said.

The Dolphin Seeker was re-floated on the rising tide and towed back to its berth.