Cromwell man Frank Sullivan was told his problem was all in his head. 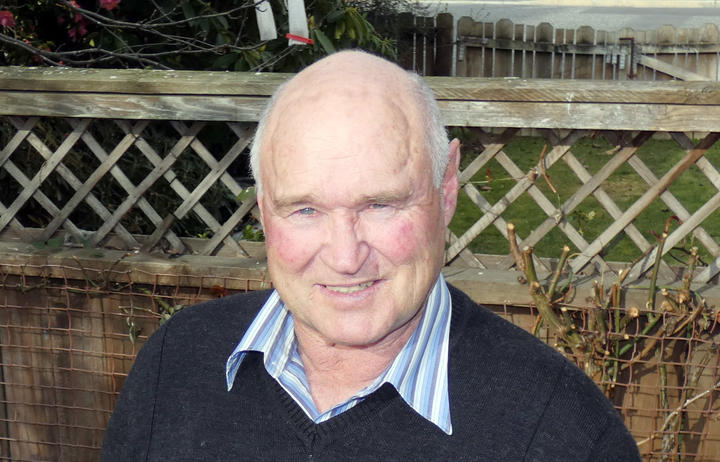 It was, but it was not the mental health issues his doctors believed he had.

After being prescribed 26 different drugs over a six-year period and spending six weeks as a voluntary patient in a psychiatric hospital, in 2014 Mr Sullivan was diagnosed as actually having a brain tumour.

External clinical advice provided to the Accident Compensation Corporation said Mr Sullivan should ideally have had the CT scan which found his tumour soon after his first psychiatrist's visit, back in 2009.

The scan would likely have found the tumour, sparing Mr Sullivan six years of unnecessary treatment for a non-existent mental health condition.

ACC, which had twice declined his injury claim, last month accepted Mr Sullivan's plight was caused by a treatment injury and granted him cover.

Negotiations continue on what he is now entitled to.

However, nothing could atone for the six years of his life he had lost before his condition was properly identified, he said.

Reports into Mr Sullivan's case detail a procession of blinkered clinicians, convinced he was suffering from a mental illness and brooking no other diagnosis.

The cocktail of drugs he was prescribed caused a range of side effects, then and for years afterwards.

"One of the psychiatrists at Wakari, I asked him if I could have a scan and he said, 'All of you people think you have something growing in your head,' " Mr Sullivan said.

"They gave me an ultimatum at Wakari, after all the medication they put me on wasn't working ... and decided they were going to give me ECT [electroconvulsive therapy] and I said there was no way I was going to have that, so they put me on lithium instead, and that was a horrible drug, as well.

"It was all completely unnecessary."

After six years, Mr Sullivan, 68, finally found a doctor to do the extensive physical neurological and cognitive test he should have received long before.

'No consideration of differential diagnosis'

ACC's independent assessment of Mr Sullivan said: "What remains clear ... is that his symptoms were entirely the result of the frontal midline meningioma, and they disappeared within a short period of this being removed."

Clinicians are recommended to order a brain scan for any patient over 50 with symptoms of depressive or cognitive problems and no prior history of either, in case their problem is a brain tumour, rather than a mental health issue.

Mr Sullivan first went to the doctor in August 2008 suffering from migraine and sleeplessness; despite a subsequent diagnosis of depression and mild anxiety, he was not referred for a brain scan until July 2014.

In 2012, another alarm bell as to Mr Sullivan's true malady was missed: a written warning he received for his poor work performance unwittingly highlighted the tell-tale symptoms of his still undiagnosed tumour.

"The clinicians appear to have taken at face value the presence of a primary mood disorder, and there was no consideration of differential diagnosis noted," ACC's independent assessment, by Rotorua neuropsychiatrist Gil Newburn, said.

"This is somewhat surprising, as a lay person in the weeks before this had already, in writing, given somewhat of a textbook description of frontal system impairment in his written warning to Frank.

" ...for this to be missed by health professionals over the significant period of time is somewhat surprising."

Mr Sullivan's lawyer, Peter Sara, said he had dealt with other similar cases.

"The readiness to jump to a psychiatric diagnosis when some sort of imaging would have shown the true story, I think, is really quite disturbing ...

"The lesson here is that doctors should look at all the reasons why someone might be presenting with these symptoms, in the absence of any history of mental issues."

The New Zealand Brain Tumour Trust will be launched in Dunedin tonight.

Trust secretary Noelyn Hung said brain tumours were commonly confused with other ailments; the brain tumour which killed Dr Hung's aunt was misdiagnosed for six months as a stomach problem.

"The trust is about raising awareness of brain tumours, which can be found by a quick scan."