Residents in the Christchurch suburb of Hornby are celebrating after the city council voted unanimously to go ahead with a planned $35 million leisure centre. 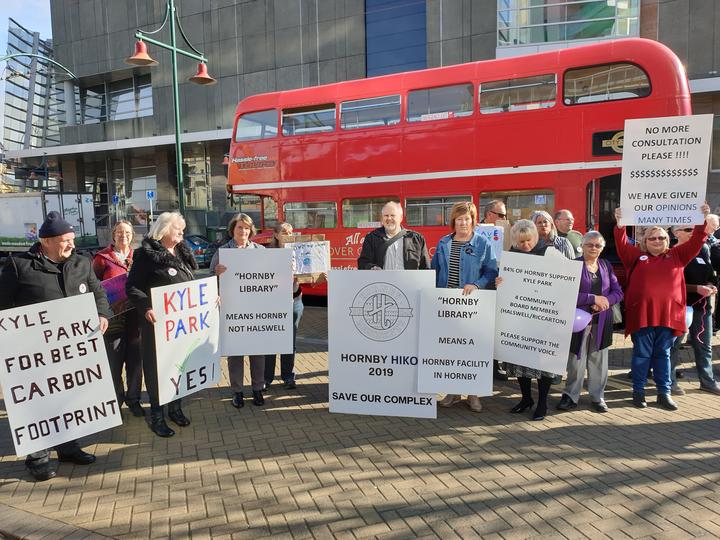 Hornby locals took a double decker bus to deliver a 300 signature petition to the council calling for a swimming pool planned for the suburb to go ahead. Photo: RNZ / Anan Zaki

The community has been without a pool for 13 years, after the last one closed in 2006.

Plans to build a new one at Kyle Park came under threat two weeks ago, after a local community board recommended against the Christchurch City Council building the pool and library complex because the site was formerly a landfill.

But on a chilly spring morning in the garden city, dedicated Hornby locals gathered outside the Hei Hei Community Centre on a mission to ensure the development goes ahead.

They boarded a double decker bus to travel from Hornby to the council offices in the CBD to present a 600-signature petition to save plans for a pool.

Onboard the vintage bus hired by the locals the residents sent a loud message to onlookers. 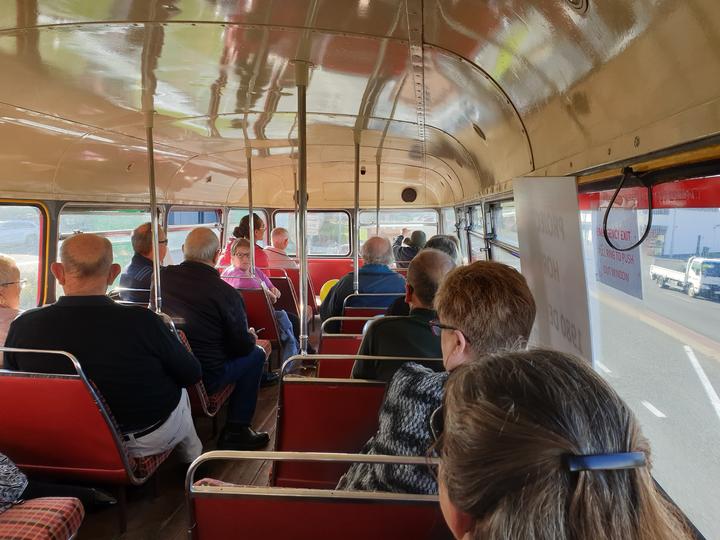 Hornby local Mark Peters said the area had been waiting for a pool after the old one Sockburn closed in 2006.

"My family moved into this community around about the same time as that facility closed down. So my kids have gone, you know their whole generation without having access to the ability to learn to swim in their own suburb," he said.

Another local, Vicki Tahau Paton, said Kyle Park being proposed as a location for a swimming pool had been around a while.

"Because 38 years ago, people like Marc Duff, my brother Kyle and a whole lot of students banded together and fought to have Kyle Park as the location of the swimming pool," she said. 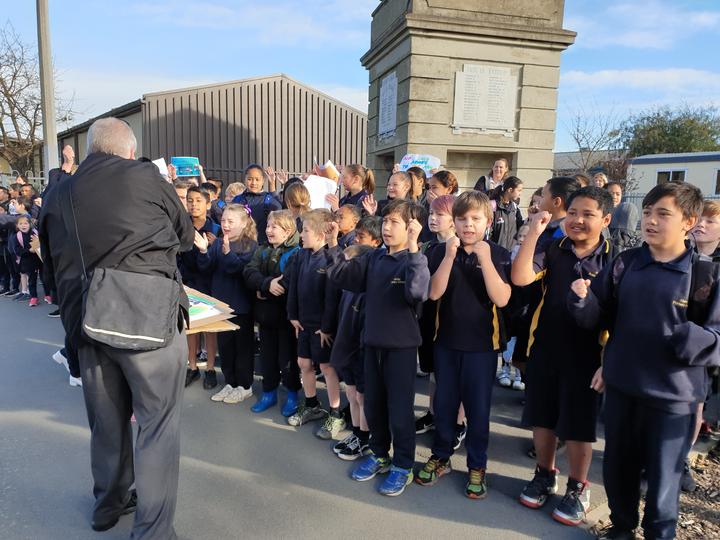 And the support from the local Hornby High School was evident, as the bus pulled up outside it, which is across the road from Kyle Park.

Students greeted the bus by chanting "save our pool". 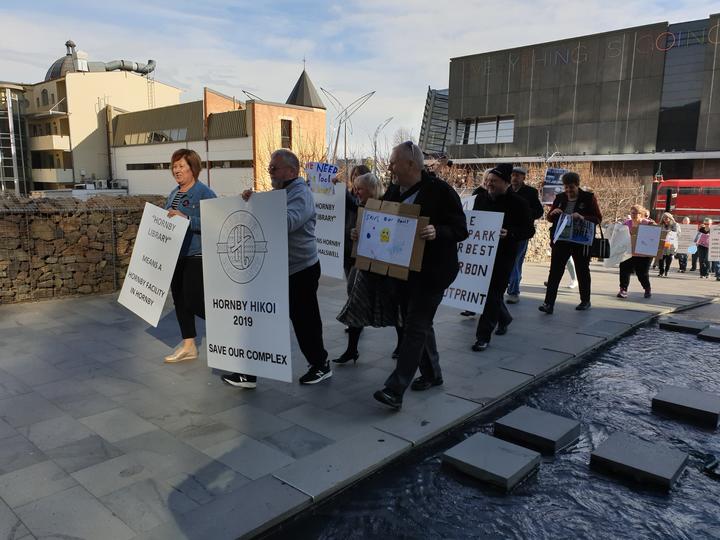 Halswell-Hornby-Riccarton community board member Helen Broughton said she had concerns about the $5.8 million estimate to remediate the former landfill.

"Coming from experience I had as a councillor, where if we were building on contaminated land, the costs always blew out," she said.

Ms Broughton said there had been recent gas testing at Kyle Park and the community board members had not been told about the results of the tests.

She said she was concerned at the level of risk that councillors were willing to take on the matter.

At the council chambers, Christchurch mayor Lianne Dalziel and councillors expressed emphatic support for the facility.

They voted unanimously to keep the facility at Kyle Park.

For Mark Peters, the protest was worth it in the end.

"This is a great day for Hornby and a great day for the community to stand up and we have been listened to and now we can look forward with huge positivity towards the future," he said.

Construction on the facility is scheduled to start in 2021.