Hutt City Council candidate Shazly Rasheed says racist, sexist and anti-Semitic slogans and swastikas have been scrawled on her billboards, and she was accosted when she went to fix them. 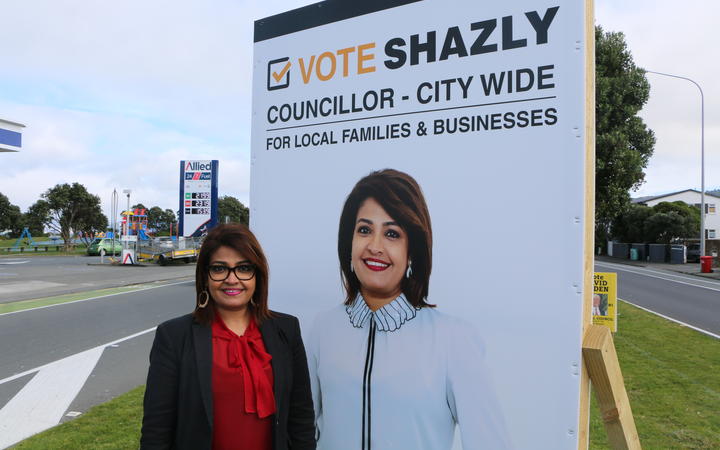 Ms Rasheed said her election signs had been singled out and repeatedly attacked in the suburbs of Taita, Wingate and Stokes Valley.

She said these were put up last Sunday, but within a matter of days the signs had been graffitied. In some pictures her face had been stabbed, and other signs had been pulled down and stomped on leaving boot marks. 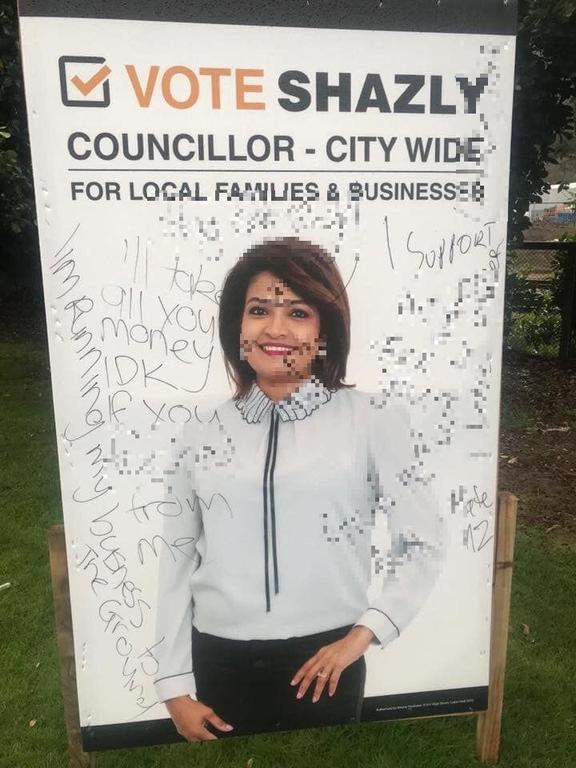 One of the defaced billboards. Photo: RNZ / Hamish Cardwell

The Petone business owner said when she went to clean them up this weekend a man verbally abused her in front of her children.

"This man came up to us and really aggressively said 'It doesn't matter how many times you put [the sign back] up, it's not going to stay there'.

"He said 'There's no way you'll be elected to council'."

Ms Rasheed said the encounter was scary and nothing like that had ever happened to her in the Hutt Valley.

She said she had spoken to police it, but did not believe the Hutt Valley had a problem with racism.

Police said they were looking into the matter and deciding what to do next.

It is not the the only racist attack on billboards in the lead up to next month's local body elections.

In Auckland, Howick ward councillor Paul Young is running for re-election and his signs had also been scrawled on - with accusations he was a member of the Chinese communist party.

Hutt South MP Chris Bishop said he was appalled by the hate that had been directed towards candidates like Ms Rasheed.

"All around New Zealand there are people with some really ... disgraceful views," he said.

"It's just really disappointing that they would seek to basically use the election campaign to try to publicise [their views] and deface somebody else's public property in such an offensive and gross way."

Ms Rasheed said she had been flooded with support since she posted about the attacks on social media.

She said she would never give in to hatred and, if anything, the attacks made her more determined to fight for the inclusiveness and diversity which made Lower Hutt such a special place to live.

Race Relations Commissioner Meng Foon said racist behaviour had no place in New Zealand and it needed to be rejected whenever it happened.

Local body elections are to be held nationwide on 12 October.