The health minister says there is no shortage of measles vaccines, and no reason to worry there will be one. 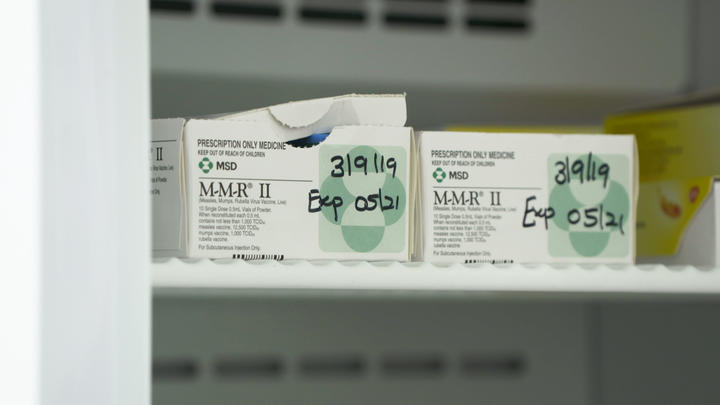 On Friday, a South Auckland doctor told RNZ she was low on vaccines and unsure when more would be coming from suppliers.

She says surplus stock should be moved from other regions to where the demand is.

Today Health Minister David Clark told reporters he is not concerned with the supply of the vaccine.

"I've been assured that there's 35,000 vaccines spread across our national and regional clinics, as of Friday.

"There's 52,000 more vaccinations anticipated by the end of next week, to arrive, and Pharmac have got talks underway for any beyond that."

Across the country, confirmed cases of the highly contagious disease topped one thousand people, earlier this week.

Auckland has borne the brunt, with 881 cases in the region. The majority have been in South Auckland, but about 150 were in the Waitematā area covering western and northern Auckland.

By the end of August, more than 300 people with measles had been hospitalised nationwide.

On Saturday the Southern District Health Board said six staff from the Queenstown Remarkables ski field had contracted the disease.

The DHB said they ran out of supplies of the vaccine on Thursday, but by Saturday the supplies had been renewed and more than 500 ski staff had been vaccinated.

People who travel to Auckland are being advised to ensure they have been vaccinated.

The Immunisation Advisory Centre website says adults over 18 years old who are not eligible for the vaccine under the public health system cannot buy it, because of the supply agreement.