Patients are coming into doctors' offices thinking they have a cold only to find out they have measles, a GP says. 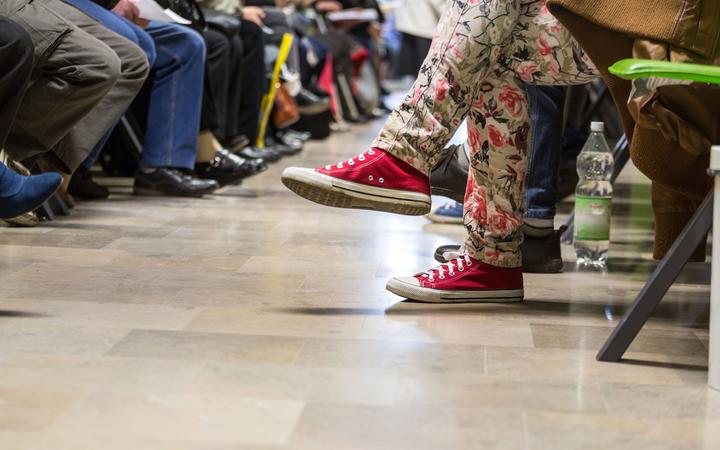 Lily Fraser is one of more than 10 GPs at Turuki Health Care in Mangere which has more than 7000 patients on its books, and said people with symptoms like a runny nose could also mean measles, posing a risk to others in waiting rooms.

"In the time they came into the clinic we didn't know they had measles and so they haven't been isolated when they come in to the clinic, and so they're sitting in the waiting room. And because measles is spread through the air, everybody that's in the same room as them can then develop measles."

Dr Fraser said it was the doctors' responsibility in this situation during the current measles outbreak to trace those in the room at the same time as the patient with measles to check their immunity, sometimes by giving them a blood test which involves two days in quarantine while a result comes back.

"So we're having to contact every single person and find out who was with them and whether they were covered. If they haven't had a documented MMR [vaccine] or they were born after 1969 and haven't had measles, then they need to be quarantined in the time they were contagious, which is a week after they were exposed."

Dr Fraser said the process of checking immunity for all those in the waiting rooms was a huge job.

"In one week we had somebody in the waiting room just about every day and so we had to contact people from the waiting room each day. And it can be anywhere from 10 to 30 people because we're looking at the time they were there plus two hours afterwards."

Dr Fraser added that when the healthcare centre knew ahead of time that a patient had or suspected measles, they would be wearing a mask and go straight through into an isolation room, minimising exposure to anyone else.

Procare Health chair Harley Aish said most people phoned ahead first if they suspected measles, and were seen without having to go near the waiting room.

He said most people who were told they needed to quarantine themselves while staff waited to find out if they were immune to measles or not took it well.

College of General Practitioners president Samantha Murton said tracing back who had been in contact with the people who had measles was usually done by public health officials rather than GPs.

"We do a lot of work that's day-to-day work. And then when there's an extra burden of work like this then we need the support from public health, from the PHO (primary health organisation) and from the DHB (district health board) to be able to give us the time to be able to do that, and it takes a lot of extra time."

The Auckland Regional Public Health Service said that right from the beginning of the outbreak in Auckland it has urged anyone who thinks they may have measles to phone first before visiting the GP. The service's clinical director, Julia Peters, said people could even phone from outside a doctor's practice if necessary.